The three suspects entered the Key Bank located at 5625 South Waterbury Way at 4:12 p.m. on March 26. The suspects were armed with handguns, and they ordered employees and customers to get on the ground, according to a press release from the Murray Police Department.

Two of the suspects jumped over the counter and grabbed money, which they put into two  bags they brought with them. All three suspects fled in a green Toyota Camry and made off with an undisclosed amount of money. The vehicle, which turned out to be stolen, was recovered later that night, according to the press release.

"It was a brazen robbery," he said. "It did take a lot of guts. It scared a lot of people."

"I may have heard of one similar to this within the last 10 years, but other than that: none," he said. "It appears that they planned it well."

The suspects are described as males in their mid 20s. The first is an approximately 5-feet-10-inches tall white male with a thin build. He was wearing a green hooded sweater and a mask that covered his face.

The second suspect is described as stockier than the first suspect. He was wearing a grey or light blue hooded sweater, gloves and full, ski-style mask. The man’s race is not known.

The third suspect is described as a roughly 5-feet-10-inches tall white male with a thin build. He was wearing a black or burgundy hooded sweater, gloves and a mask that covered half of his face.

The suspects are pictured in the photo gallery below.

Anyone with information regarding the suspects or the incident is encouraged to call the Murray Police Department at 801-840-4000. 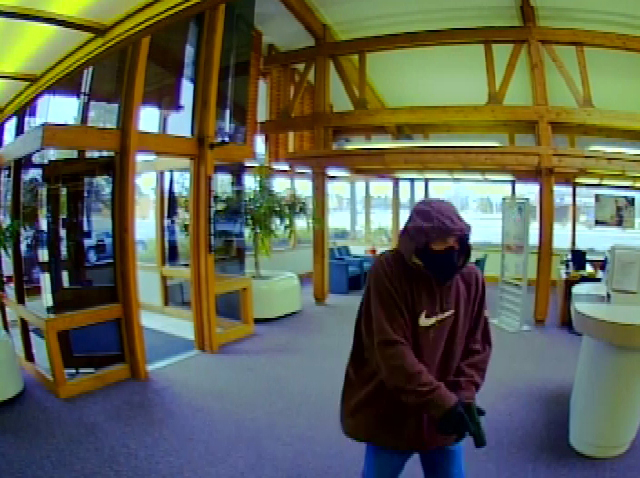