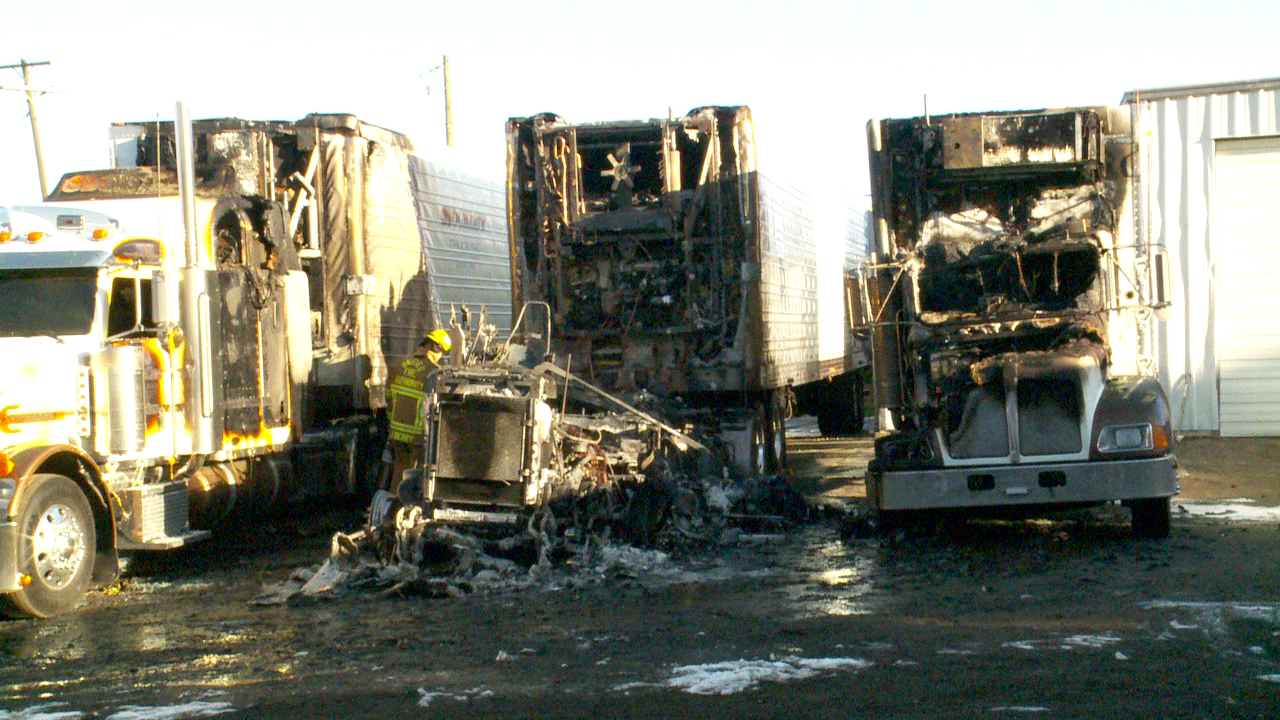 SALT LAKE CITY — Investigators are looking into the cause of a fire that damaged three trucks early on Sunday morning.

Fire crews responded to a parking lot near 300 West and 3900 South shortly before 6 a.m. Fire crews said the site was easy to find, as the smoke could be seen from miles away.

When the firefighters arrived they found two semis and a large truck engulfed in flames. Battalion Chief Curtis Day, Unified Fire Authority, said the cause of the fire is unknown.

“When our units arrived the gates were locked,” he said. “They are loaded, were supposed to be going out this morning. There was no one here in the yard at the time.”

Two of the three trucks are a total loss and the other is damaged. There were no injuries.