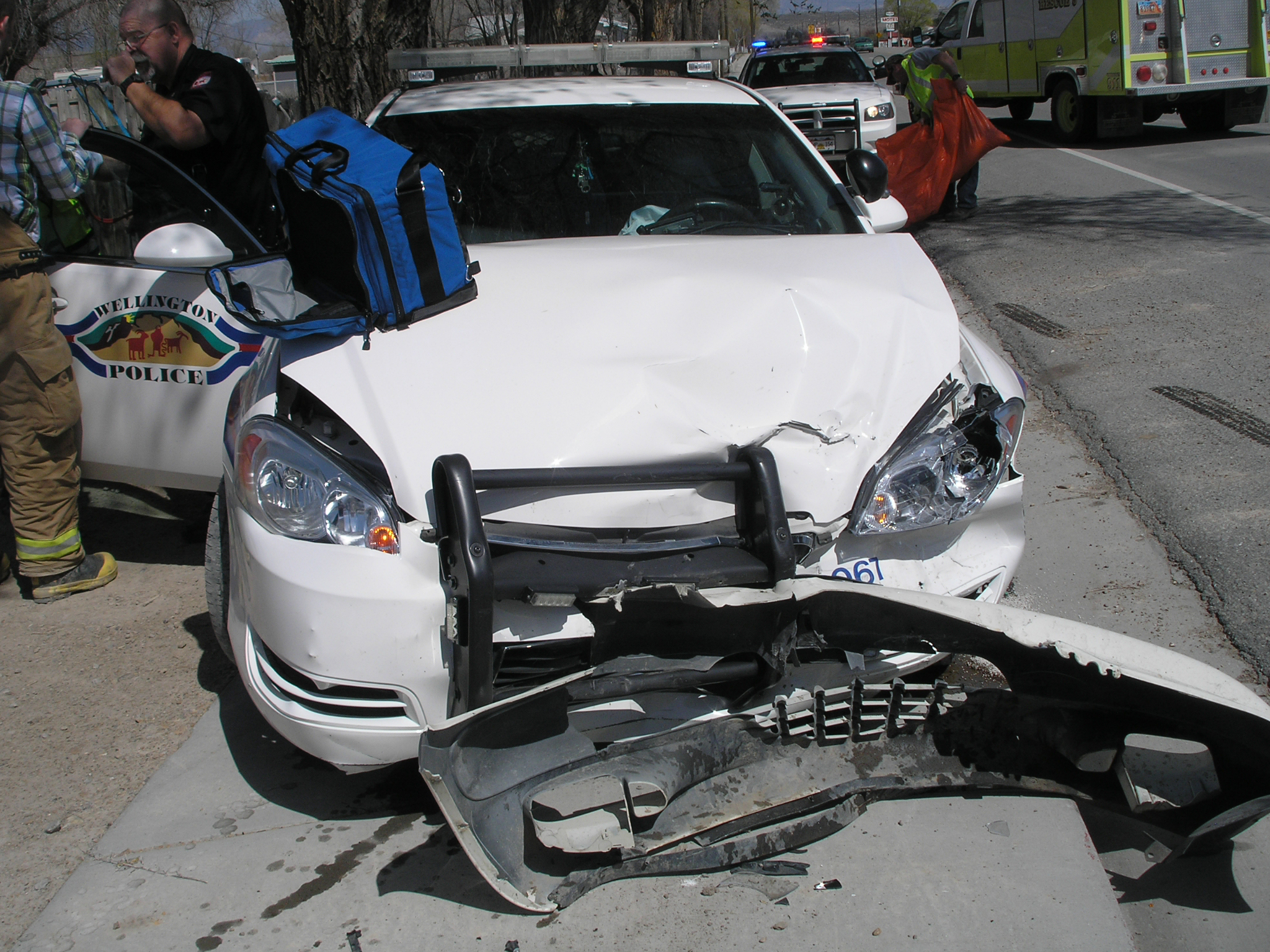 WELLINGTON, Utah — A man who fell asleep at the wheel crossed multiple lanes, drover over a curb and collided head-on with a police chief’s car on Friday afternoon.

Police said 37-year-old James Skeem was driving eastbound on State Route 6 near 240 West and Main Street in Wellington. Skeem fell asleep, drove left through a turning lane and over two westbound lanes before going over the curb and hitting a parked patrol car.

Chief Lee Barry, Wellington police, was parked in the marked patrol car on the shoulder of the road, and he was in his car when the accident happened. The accident occurred sometime around 3 p.m.

Both men were wearing seat belts, and they were both treated at the scene for minor injures.