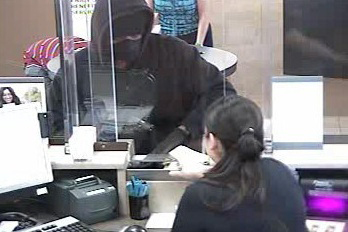 The suspect entered a Chase Bank at 1295 S. Redwood Road at about 12:40 p.m. Friday. The armed man approached the teller and demanded money, according to a press release from the Salt Lake City Police Department.

The teller complied, and the suspect fled eastbound on foot with an undisclosed amount of money. There were no injuries.

The suspect is described as a 6-foot tall black male with a slender, athletic build. He was last seen wearing a dark hooded jacket, black pants, a face mask and white shoes.

Anyone with information about the suspect or the robbery is encouraged to call police at 801-799-3000.