Man dies after car torn in half in highway accident

EAGLE MOUNTAIN, Utah -- One person was killed in a two-car accident near Eagle Mountain on Sunday, and a horse died as well.

The wreck occurred near mile marker 30 on State Road 73; police received the call at 7:32 a.m.

Sgt. Spencer Cannon, Utah County Sheriff’s Office, said a pickup truck towing a horse trailer hit a passenger car. Cannon said the driver of the truck and other witnesses told police the other vehicle was swerving back and forth on the road.

“As he got right adjacent to it, it went towards the north and then back south across the highway directly in front of the pickup truck," Cannon said. "It was kind of a T-bone collision, head on with the pick up truck. The car was torn in half. The single occupant of the passenger car was killed on impact.”

Cannon said the driver and passenger in the pickup truck sustained relatively minor injuries. The driver was released at the scene, and the passenger, the driver's 16-year-old granddaughter, was taken to a hospital with non-life threatening injuries.  A horse, one of two in the trailer, was also killed.

Cannon said the cause of the accident is unknown, but he said the driving pattern makes them believe the driver may have been impaired. He said an autopsy will be performed to determine if drugs or alcohol were a factor. 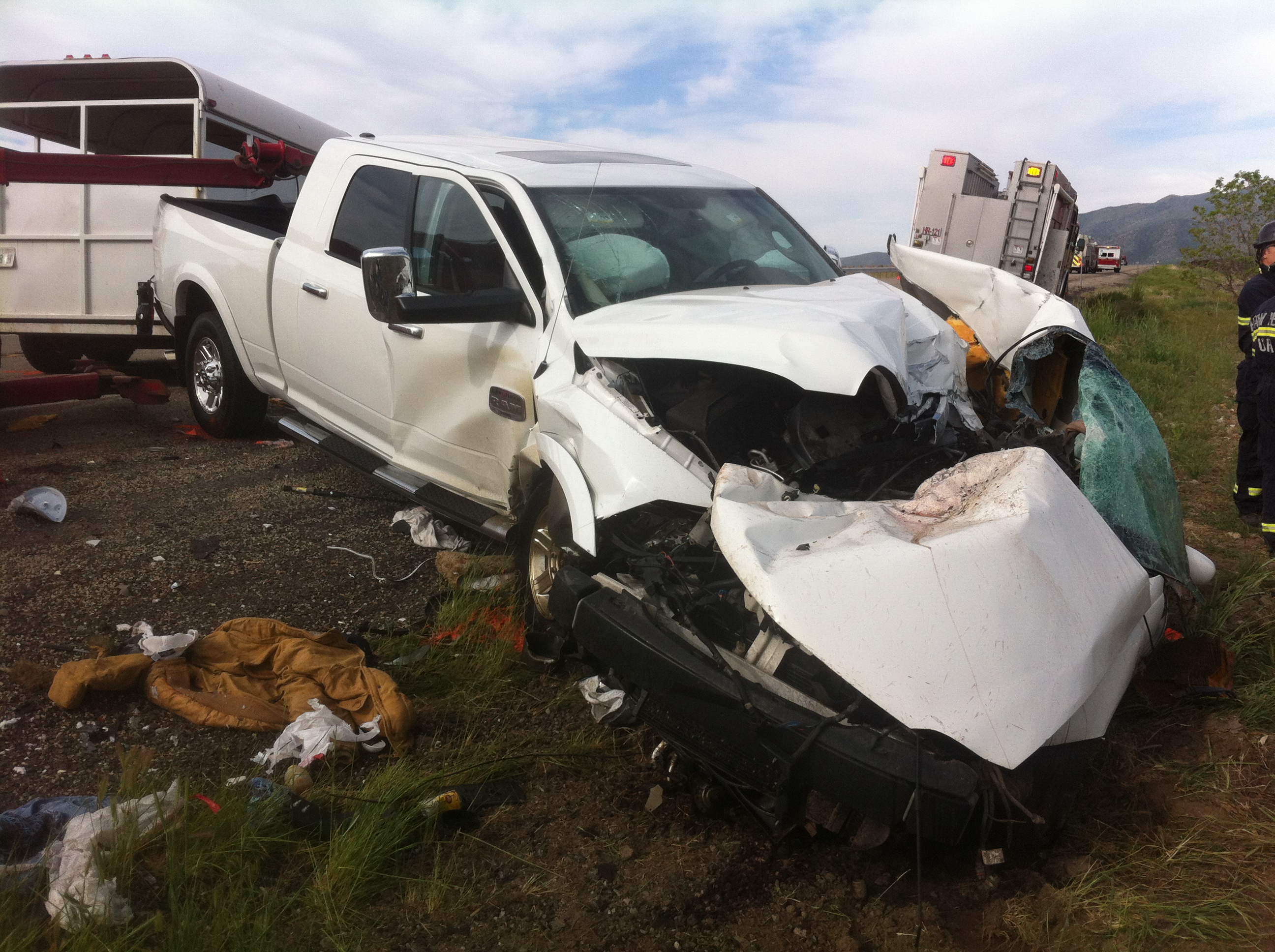