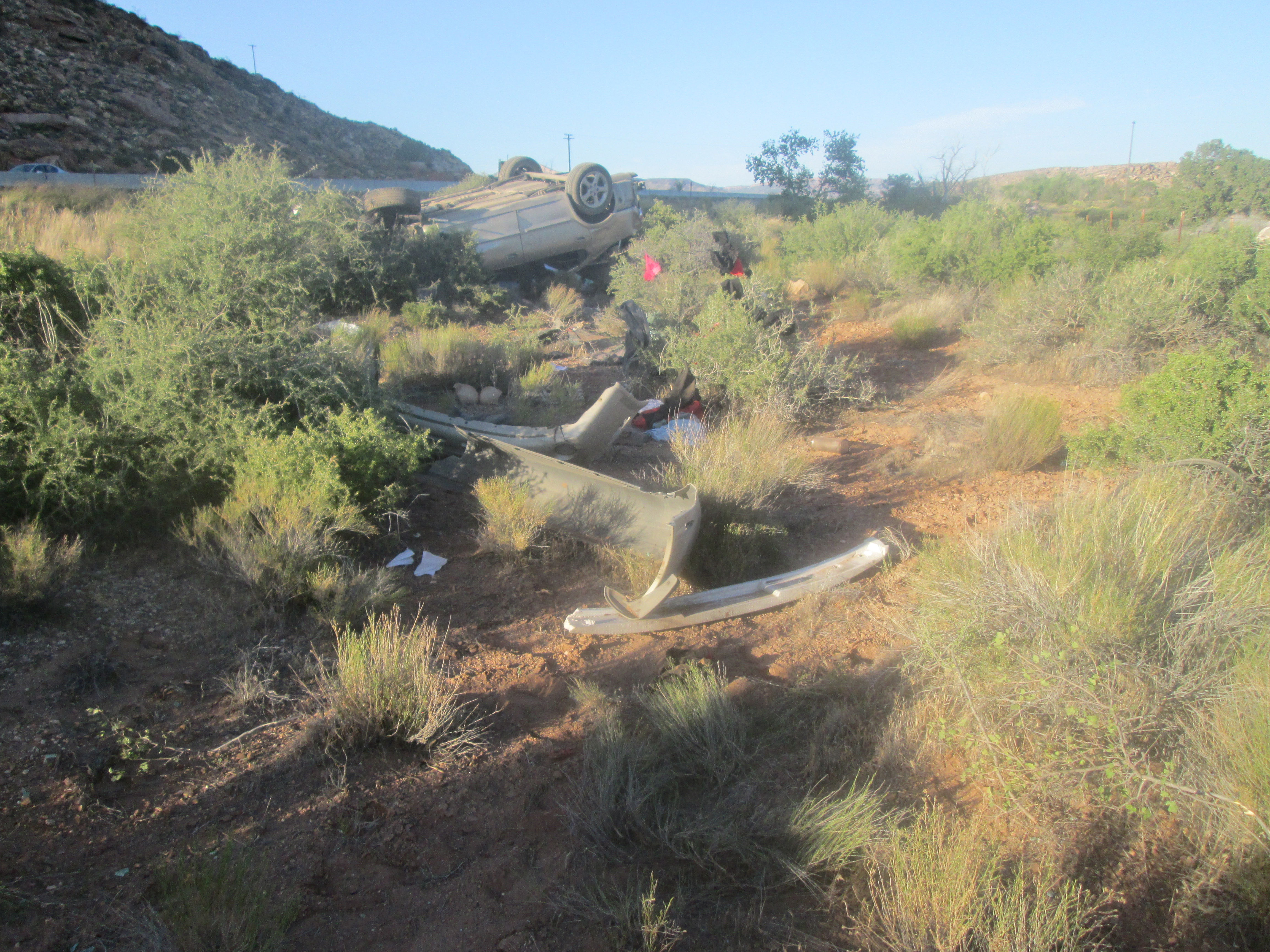 WASHINGTON COUNTY, Utah — A woman was transported to Las Vegas by medical helicopter after a rollover accident in Washington County on Saturday.

The accident occurred on I-15 near mile post 23. The vehicle was traveling northbound. Police said the driver, a 31-year-old female, was wearing a seat belt and she was conscious after the wreck. There were no other vehicles involved in the accident.

The victim was transported by air to University Medical Center of Southern Nevada in Las Vegas. I-15 was closed for about 30 minutes while the helicopter landed. Police said the woman was in serious condition.