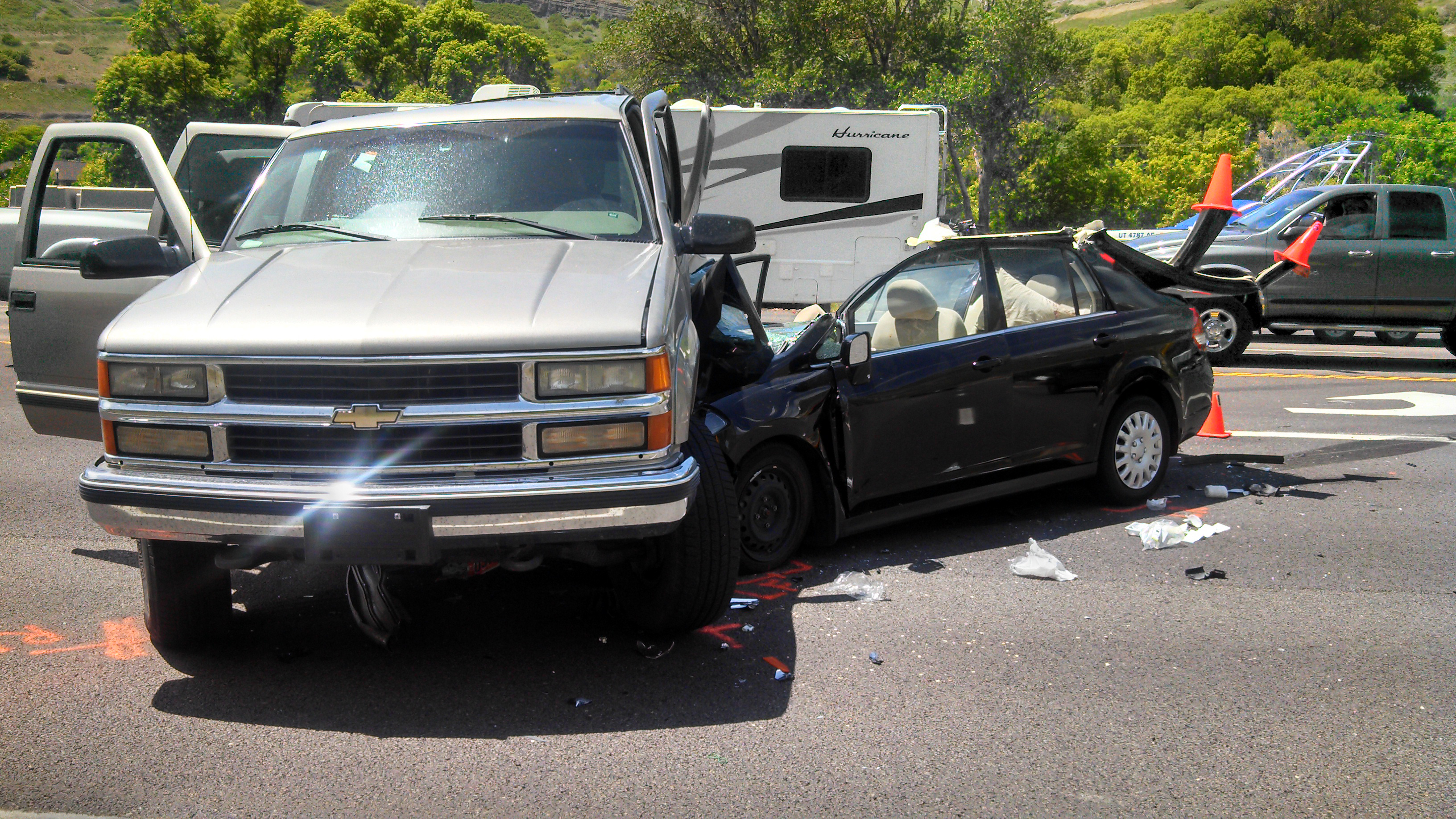 PROVO, Utah – Two people are in critical condition and one person is in serious condition following a two-vehicle crash on State Route 189 in Provo Canyon Monday afternoon.

Utah Highway Patrol troopers responded to the accident, which occurred about one mile into Provo Canyon,  around 12 p.m.

According to a press release, a Chevy Suburban pulled out of a park and turned south on SR 189 near mile marker 9. The driver began making a U-turn to travel north, and a Nissan traveling south veered to miss the SUV but hit the left side of the SUV.

There were three female passengers in the SUV aged 19, 18 and 18. All three were checked for injuries at the scene and released. The driver, 19-year-old Erin Lambert, was cited in the accident.

Cpl. Todd Johnson, Utah Highway Patrol, said two of the injured people were in critical condition and one was in serious condition. The press release with updated information did not specify which victims were in which condition nor did it give the condition of the fourth injured passenger.

Traffic was delayed for several hours as the accident was investigated.

Man dies after car torn in half in highway accident