TAYLORSVILLE, Utah – A Salt Lake County man was roughed up, robbed and nearly run over while trying to sell rare coins.

The victim met with a man who called himself Daniel at a McDonald's in Taylorsville, and the man followed him outside to complete the purchase. Officers say that’s when the suspect took the coins without paying and jumped into a car with another man, who drove off and nearly hit the victim.

Lt. Justin Hoyal, Unified Police Department, said the suspects were violent toward the victim during the robbery.

“These individuals certainly upped the ante in this case by punching the victim, knocking him down and taking property by force or fear, so we want to these individuals caught before they do this to someone else,” he said.

Anyone with information about the suspects are asked to contact the Unified Police Department. 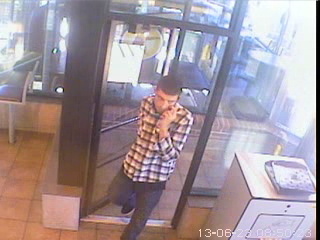