Semi wrecks in canyon, spills thousands of gallons of asphalt 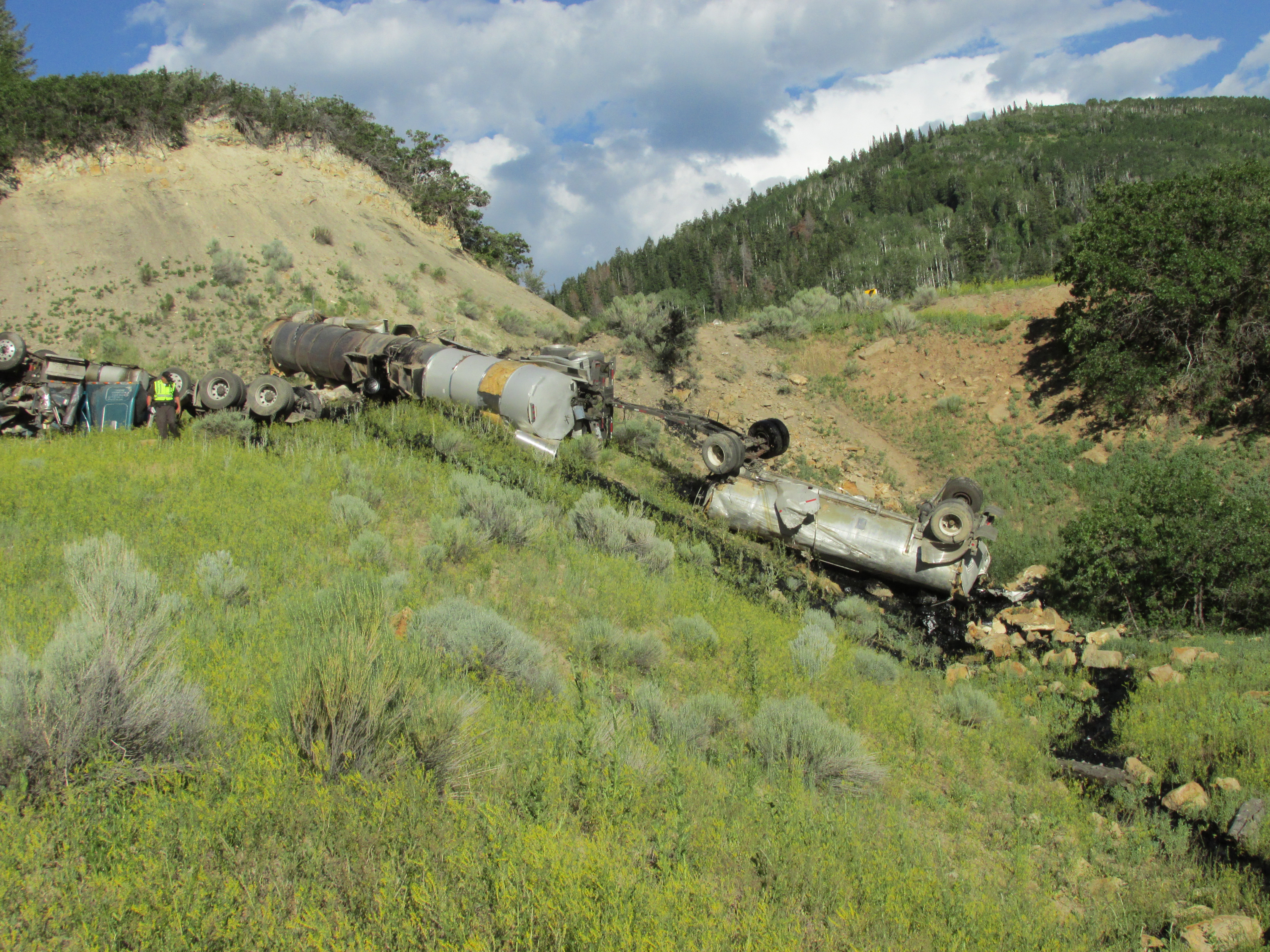 The truck was traveling on State Route 31 and pulling two trailers carrying nearly 9,000 gallons of asphalt, which spilled down the mountainside after the truck overturned. The accident occurred near mile post 4 shortly before 6:30 p.m.

Haz-mat crews are working to keep the spilled asphalt from reaching the river at the bottom of the canyon. The driver of the truck, Curtis Hunt of Ogden, was initially taken to a Sanpete County hospital before being transported via air to another hospital for further treatment.

Hunt said his brakes overheated and he wasn’t able to make a turn in the canyon as a result.