NORTH SALT LAKE -- A motorcyclist was killed and a second is in critical condition after a crash on I-15 at Beck Street in North Salt Lake Wednesday afternoon.

Police said the two men knew each other and were traveling together.

The driver of the lead motorcycle, 36-year-old Matthew Nichol of Cottonwood Heights, lost control and crashed for an unknown reason. He was killed in the wreck.

Police said they believe the second motorcyclist, 52-year-old Mark Ross of Cottonwood Heights, ran over Nichol after the initial crash. Ross was taken to Intermountain Medical Center in critical condition with head injuries.

Lt. Ed Michaud of the Utah Highway Patrol said the two riders were not wearing helmets.

"We're still investigating the reasons for the accident," he said. "We don't know what fully caused the accident at this time, but we don't suspect alcohol or drug involvement.  Neither of the motorcyclists were wearing helmets. Had they been worn, the injuries would not likely have been as serious."

The crash occurred around 2 p.m. A picture (see photo gallery below) taken at the scene by an official from the South Davis Metro Fire Agency shows two motorcycles that were involved in the crash.

Southbound traffic was being diverted to I-215 as the wreck was cleared.

According to the Utah Department of Transportation, July 4 is the deadliest day of the year when it comes to car accidents on Utah roads. Over the last five years, an average of 20 people in Utah have been killed in road accidents each Independence Day.

"One of the biggest problems we've had, especially lately: people not being buckled with seat belts in vehicles," he said. "If you're in a motor vehicle, it takes less than two seconds to buckle a seat belt." 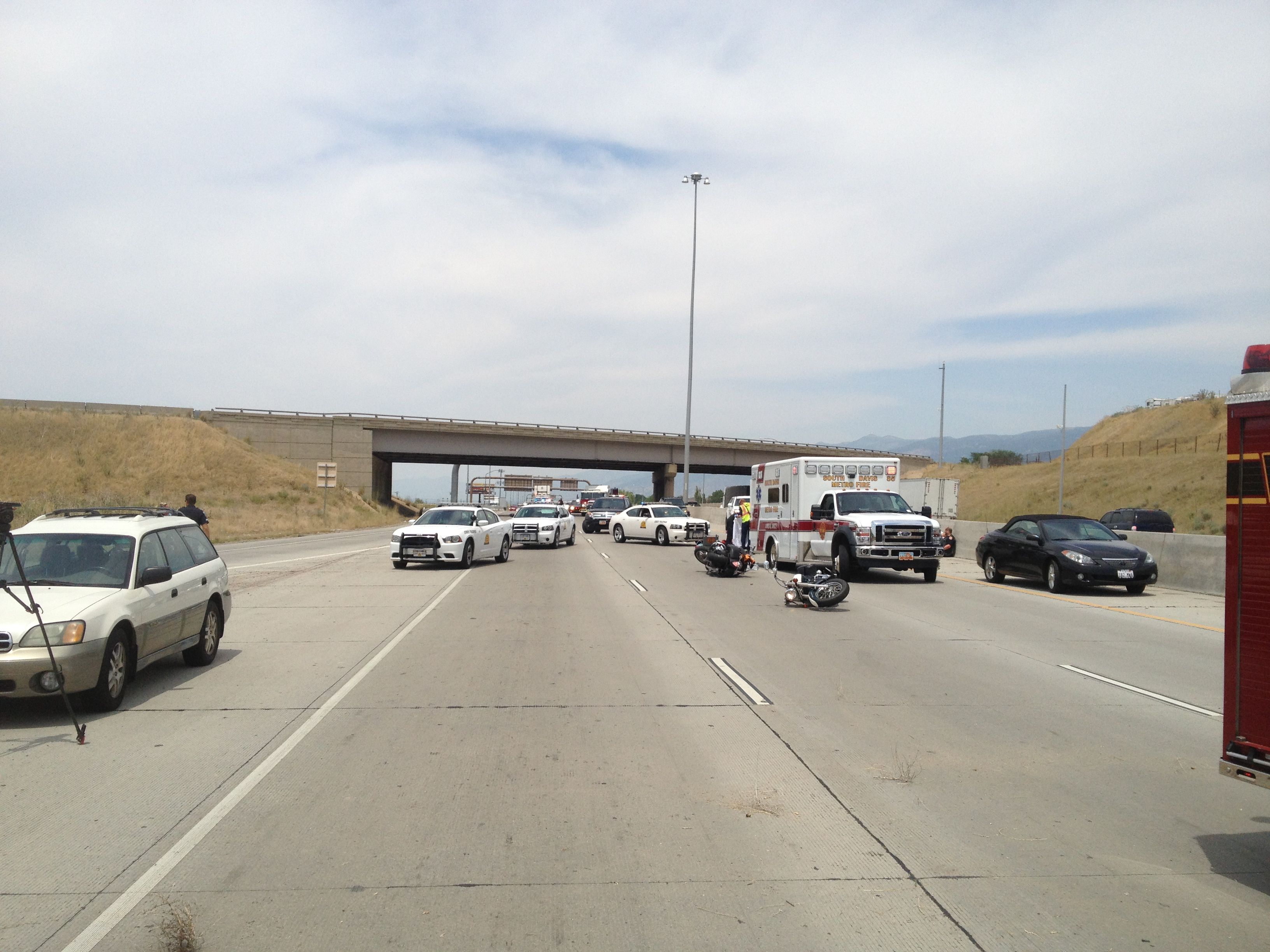