Spencer Edwards, Assistant Fire Chief for the Lone Peak Fire Department, said their department was first notified of the crash around 8:30 via a cellphone call placed by one of the men.

The helicopter had crashed into a hillside and rolled into a small meadow area, Edwards said.

A medical helicopter and a Utah County Sheriff's Office aircraft were dispatched to look for the crash site. Authorities said the men had cell phones with them, which made it easier for crews to locate them. Once the crash was located, Lone Peak Fire District paramedics and search and rescue crews were shuttled to the victims.

The first responders provided medical aid and the victims were then transferred from the scene of the crash to a landing zone for the medical helicopter.

"One sounds like he has a head injury [and] had a difficult time staying alert. The other has multiple fractures, possibly some open fractures as well," Edwards said. "The terrain was just really rugged and steep, so the helicopters were really the only way that we could get people to them."

Paramedic Steve Allred said the men are lucky to have survived.

"Helicopter's in a ball, it's pretty amazing when you go see it that anybody was actually out of that thing alive," he said.

The cause of the crash has not been determined. 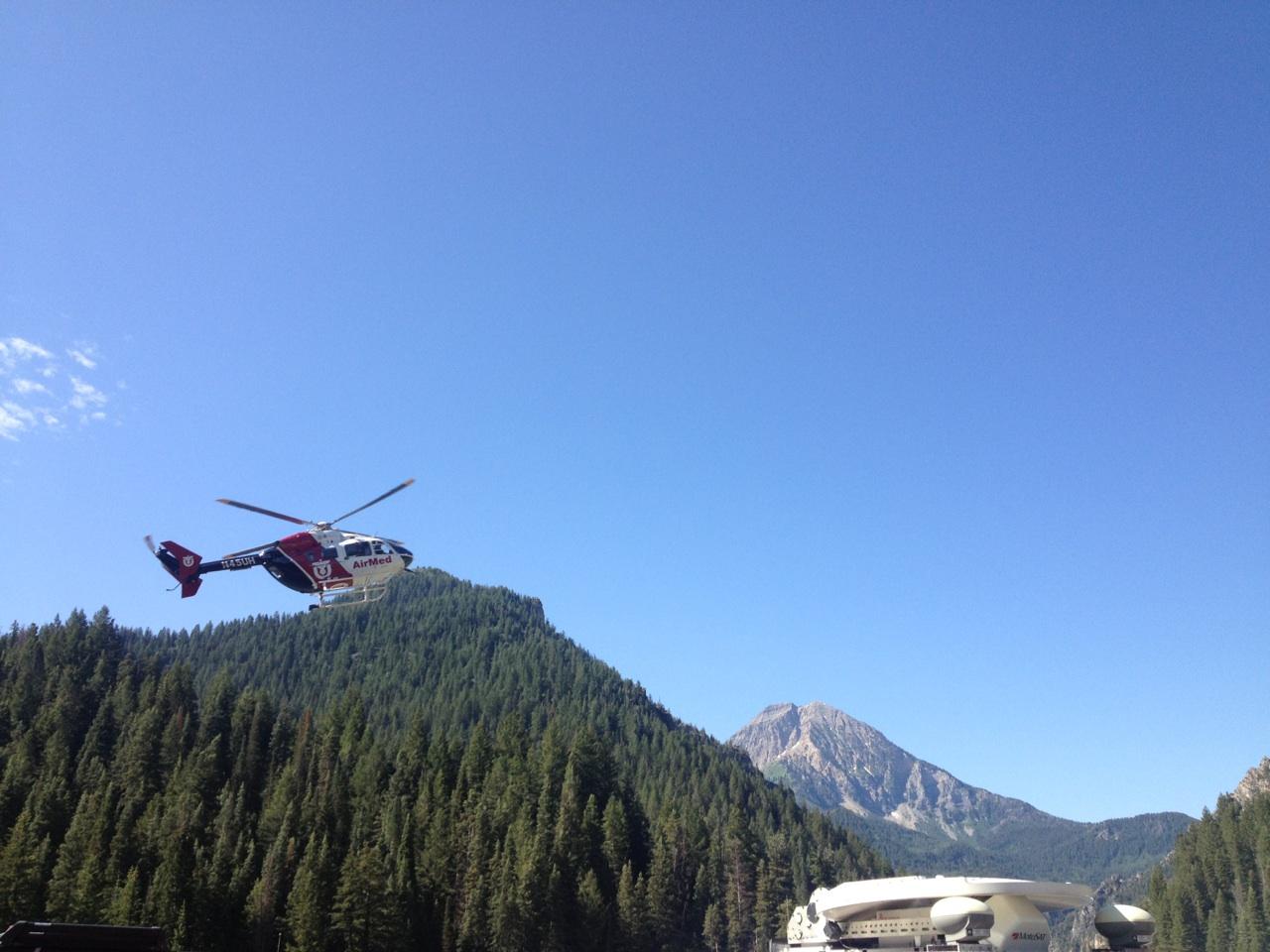