2 homes destroyed by fire in Tooele

TOOELE, Utah -- Two homes were destroyed by a fire in Tooele Tuesday.

Lt. Paul Wimmer of the Tooele Police Department said fire personnel responded to the scene near 800 West 740 South in Tooele City. The fire began about 3:55 p.m.

Assistant Fire Chief Bucky Whitehouse, Tooele Fire Department, said residents reported the garage of a home on the corner of 740 South and 780 West was on fire. Whitehouse said the cause of the fire is unclear, but several vehicles, including all-terrain vehicles, exploded and the fire spread to the home directly next door and scorched the roof.

"You heard the cars going one by one, the house, gas cans, and they had four-wheelers and stuff in there," Dykes said.

Whitehouse said both homes are likely to be a total loss. Three people made it out of the home on the corner safely. One person was taken to a hospital to be treated for smoke inhalation. The second home was empty when the fire started, as the owners have moved out of state and were selling the home.

Authorities closed three roads as they fought the blaze, 700 South, 740 South and 780 West. 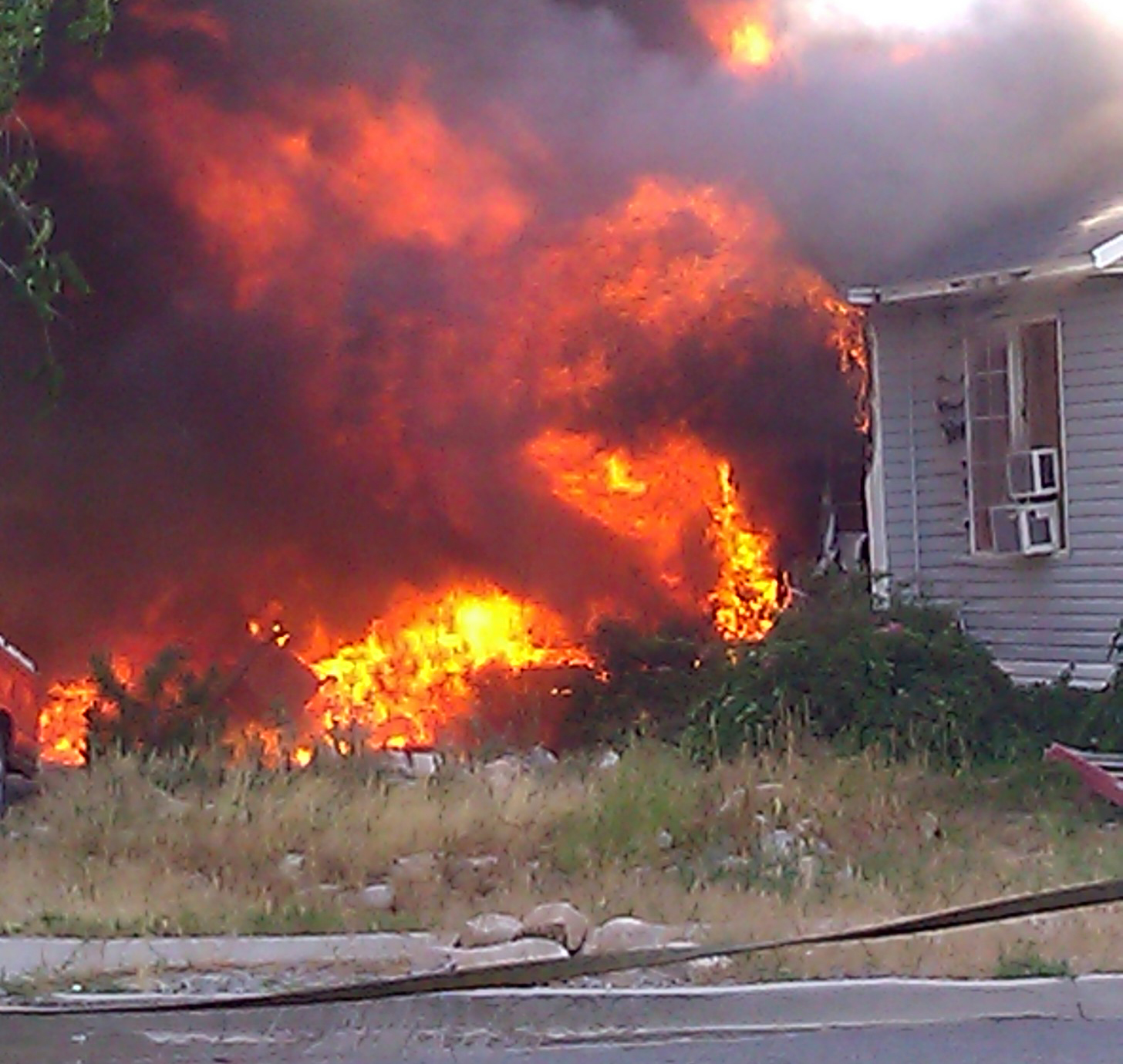