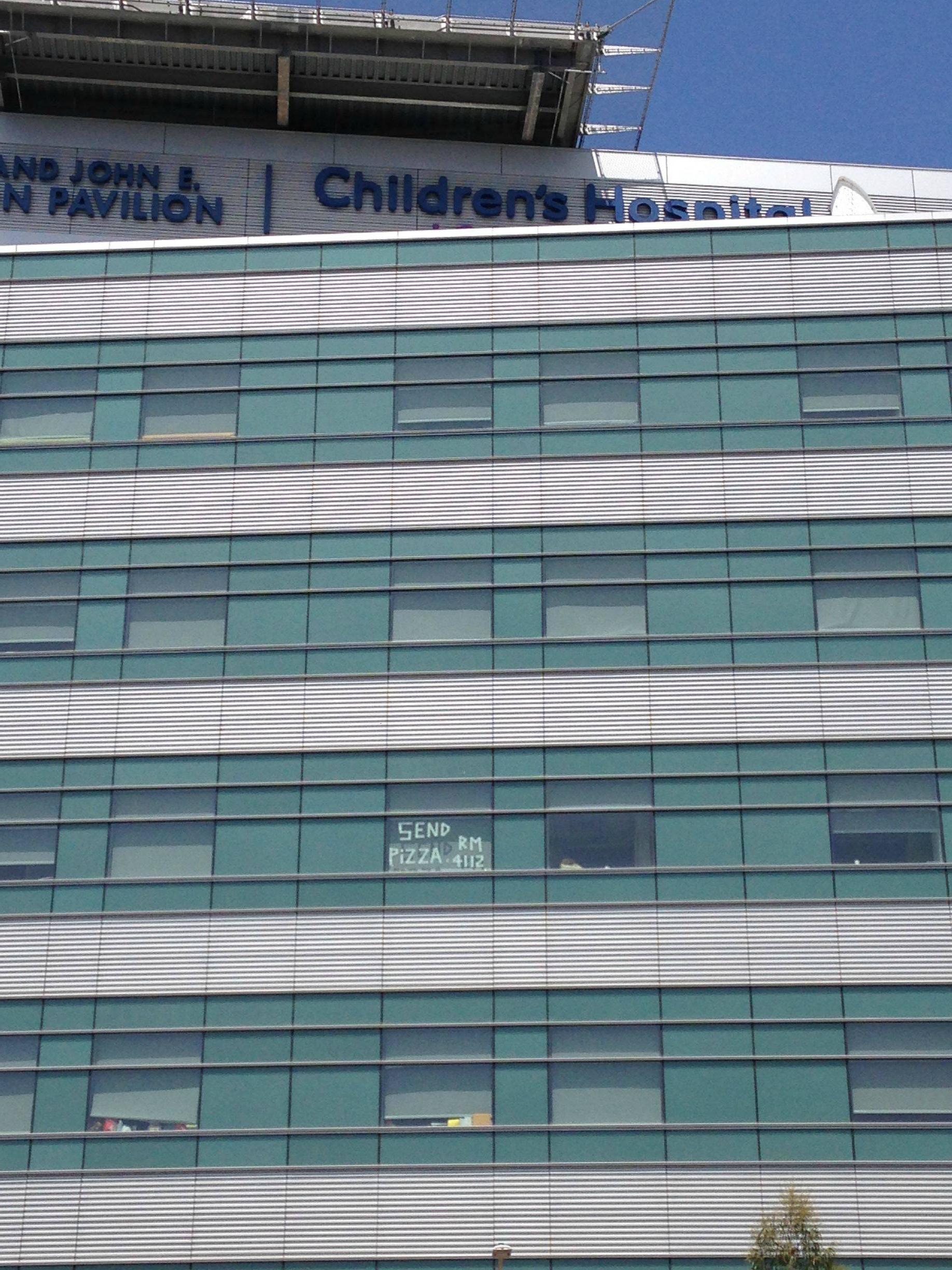 LOS ANGELES – A hospital had to emphatically ask people to stop sending pizza after a child being treated for cancer received more than 20 pizzas from internet strangers in one day.

Reddit user “ashortstorylong” posted a photo of a sign in the window of a hospital that said: “Send Pizza RM 4112” with the headline: “Photo taken outside Children’s Hospital in Los Angeles. Smart Kid.”

The post reached the front page of Reddit, and other Reddit users later commented and said they’d taken the liberty to send pizza to the hospital room. On Saturday, Children’s Hospital Los Angeles posted a picture of the young patient enjoying the pizza, along with some details about her and her family.

According to a post on the hospital’s website, the patient’s mother, Lauren Hammersley, said the compassionate Reddit users have made a little girl very happy, “but NO MORE PIZZA IS NEEDED.”

According to a post on the family’s blog, the sign was up for a few days without a single call, but that all changed on Saturday after the Reddit post. More than 20 boxes were delivered by the time the post was made, and more were coming. Due to the sheer number of pizzas, hospital officials asked that the deliveries be stopped.

Hazel Hammersley is 2-years-old, and she is undergoing chemotherapy. She was diagnosed with high-risk, stage 3 neuroblastoma in April 2013.

In the blog post, the Hammersley’s said: “We have been absolutely humbled and surprised by the outpouring of love and support from the online community and can only hope and pray that this brings awareness to Neuroblastoma and the Childhood Cancer Community.”