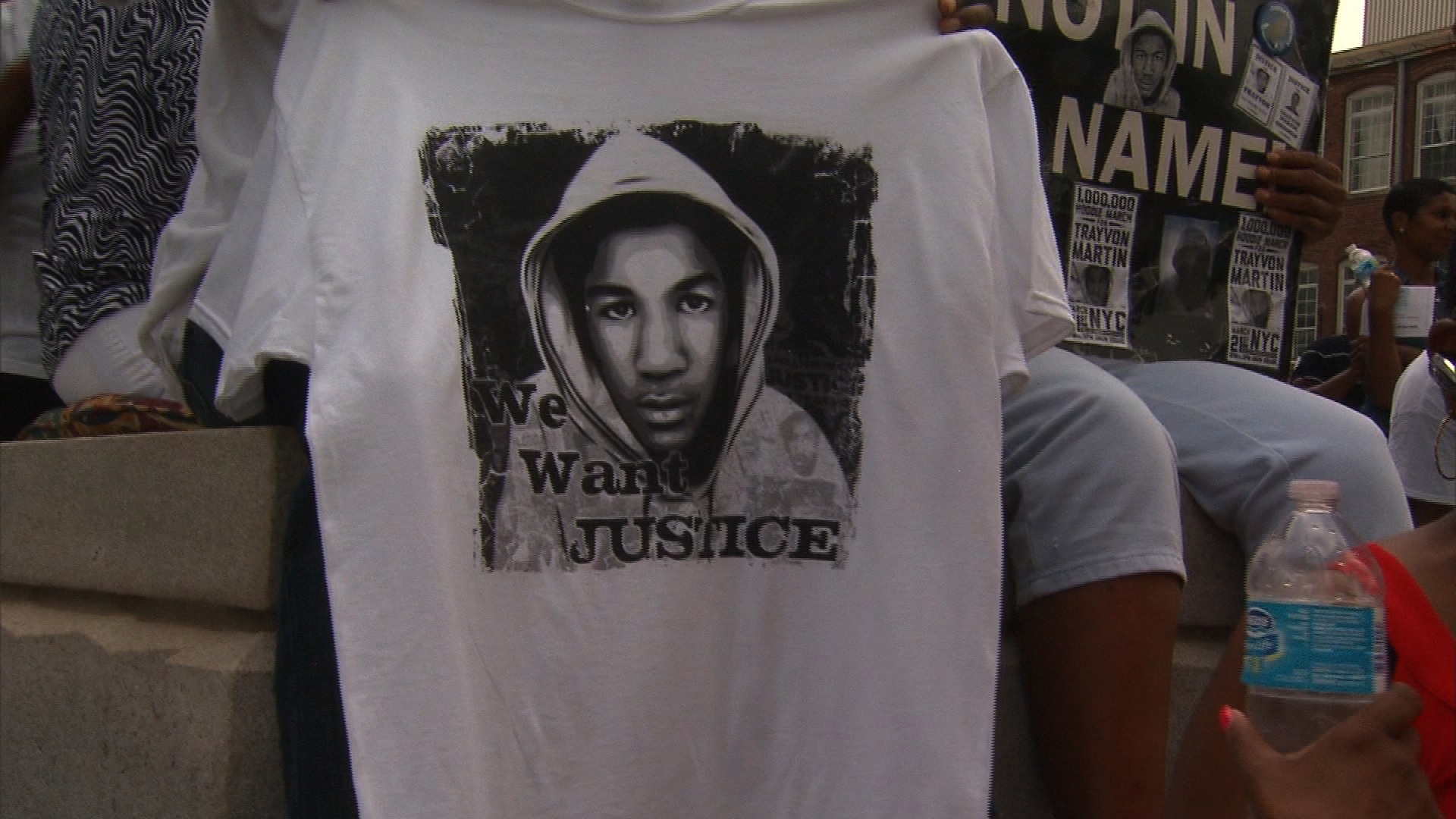 (CNN) — The parents of Trayvon Martin joined thousands of Americans at more than 100 scheduled vigils in cities nationwide demanding Saturday what they described as justice for their 17-year-old son, who was shot dead last year.

“It’s overwhelming,” Tracy Martin told CNN at a rally in Miami attended by hundreds of supporters, many of whom chanted, “No Peace! No Justice!”

“It sends a message to the nation that we’re not going to sit back and let our children be killed and don’t say anything about it.”

Surveying the crowd, he said, “This is what keeps us going — all of these people that are out here to support us: white, black, brown. There’s a mixture of people. Everybody is out to support not only Trayvon, but their children as well.”

Last week, a jury in Sanford, Florida, found neighborhood watch volunteer George Zimmerman not guilty of second-degree murder in the 2012 killing outside Tracy Martin’s house. Zimmerman, a white Hispanic, said he fired in self defense after Trayvon Martin attacked him. The unarmed teen was carrying a soda and a bag of candy.

He also encouraged more attention to racial profiling and “stand your ground” laws.

“We admire the president for stepping up and doing that because it sends a message to the world that this could have been anybody’s child and there’s no exceptions as to whose child it could have been,” he said. “We have to do something to corral the senseless violence.”

Martin predicted he would never recover from the death, but said, “We’re moving forward now.”

During his remarks to the crowd, Martin teared up, saying about his son, “He did nothing wrong and we’re not going to let them persecute him the way that they have.”

In New York, Trayvon Martin’s mother Sybrina Fulton was to be joined by her surviving son Jahvaris Fulton and the Rev. Al Sharpton. “God is healing my heart this very moment,” Sybrina Fulton said in a tweet. “But as I watch so many people come together, he reminds me that we have a lot of work to do.”

Sharpton and the National Action Network are urging the Justice Department to consider criminal civil rights charges against Zimmerman.

In Los Angeles, where violence broke out after the verdict in Zimmerman’s favor, the tone was upbeat and peaceful on Saturday. Hundreds of people had assembled by 9 a.m. outside the federal courthouse to underscore their message “that, as a community, we need to come together and we need to support justice for Trayvon,” said Donna Wade, one of the demonstrators. “That we need to do it in a peaceful manner.”