SANDY, Utah -- Sandy police are asking for the public's assistance in identifying a suspect who allegedly tried to film a 13-year-old girl while she was trying on clothing at a Forever 21 store.

The suspect was allegedly trying to use a cellphone to record the girl by placing the phone under a dressing room divider.

"A hand reach out from underneath one dressing room and reach into the stall of her daughter, as her daughter was changing, had a camera," said Sgt. Jon Arnold, Sandy City Police Department. "Not sure if pictures were taken or video was taken."

According to a press release, the girl's mother confronted the suspect, but he was able to flee the area before police arrived.

The suspect is white, about five feet ten inches and thin. Anyone who recognizes the suspect is asked to call the Sandy Police Department at (801) 840-4000. 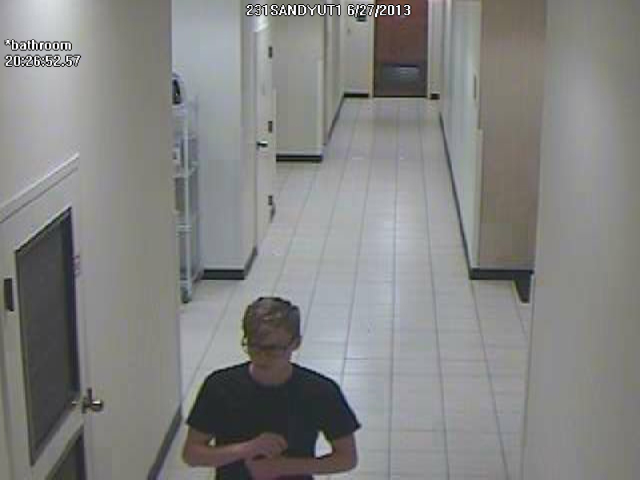