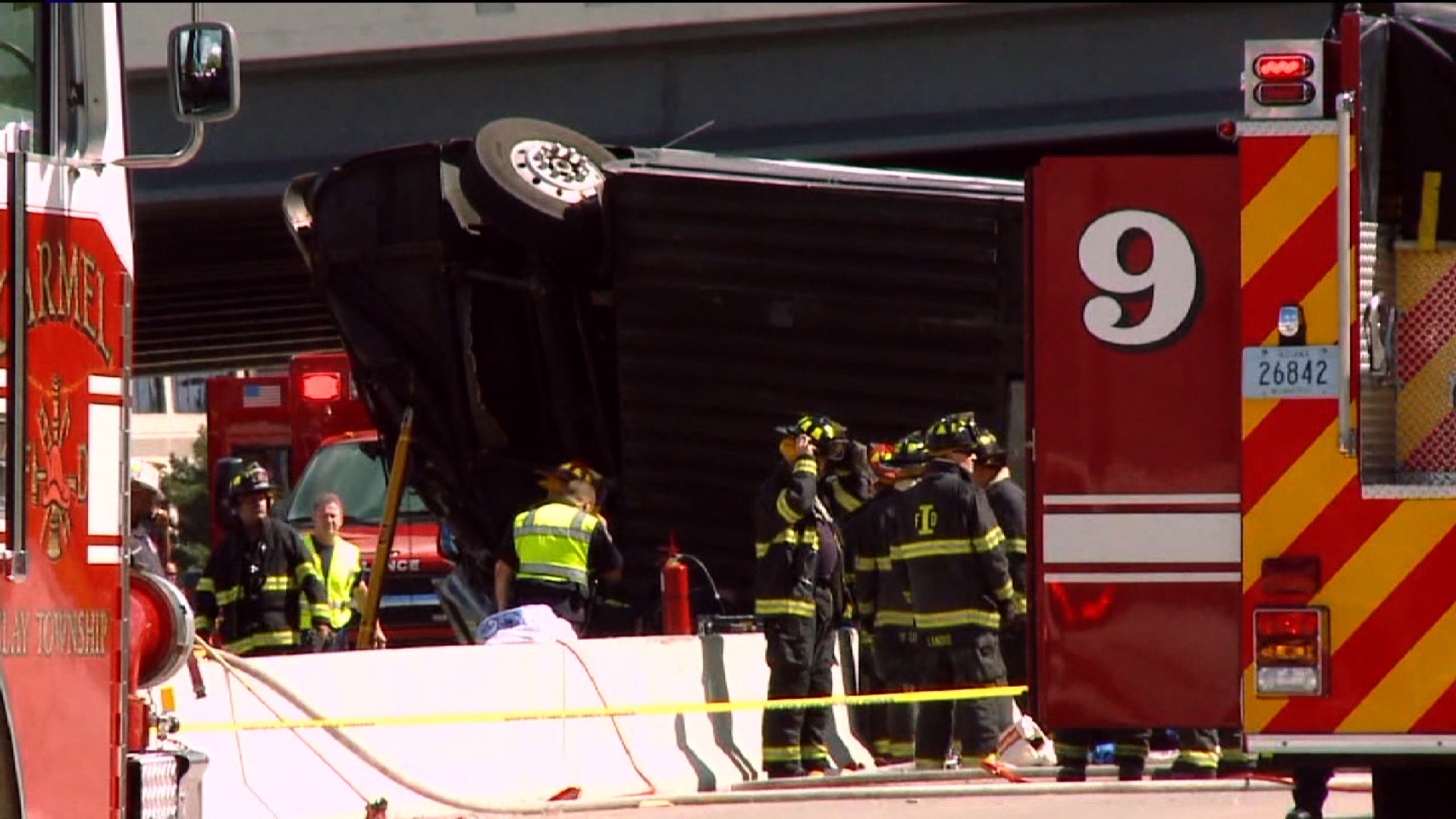 (CNN) — A youth pastor and his pregnant wife were among the three people killed when a bus overturned Saturday afternoon in Indiana, a deacon from the pastor’s church said Sunday. The bus was returning from a camp in Michigan, said Indianapolis Mayor Greg Ballard.

The third fatality was Tonya Weindorf, a mother of five acting as a chaperone on the trip, Leffew said.

“They are with God in heaven right now. We know that without a doubt,” Leffew said, “but we grieve for the fact that they are not here with us.”

The accident injured 19 more people out of about 40 passengers on the bus. A total of nine remained in three hospitals as of mid-afternoon Sunday. One of the injured remains in critical condition, a spokeswoman for Indiana University Health Methodist Hospital said.

Most of those on board were teenagers, according to Indianapolis Fire Department spokeswoman Rita Burris.

Leffew asked for prayers and support as the church and victims recover.

The driver told witnesses that the vehicle’s brakes failed as it was trying to make a left turn, Burris said.

The bus ended up on its side on a concrete road barrier with luggage and other debris strewn on the roadway.

“I saw bodies everywhere, kids in shock and disbelief,” said John Murphy, who had stopped along the northern Indianapolis road where the bus crashed. “There was an awful lot of blood.”

Rose Vorenkamp was driving when she saw the overturned bus and “people running” to help. Having been trained through her job in first aid and CPR, she moved closer and saw what she described as a girl trapped under the bus, bloodied passengers with head injuries and at least one person with a dislocated shoulder.

The fire department noted that four passers-by arrived first to help, including one who helped pull the driver from the bus.

Those helping were met soon by firefighters and crews from 12 ambulances and four helicopters.

Indianapolis police spokesman Michael Hewitt said two passengers were airlifted from the crash, nine were treated and released at the scene of the accident and others were taken to local hospitals.

Family members subsequently gathered at the church, Colonial Hills Baptist, where the bus had been heading.

The scene there was “remarkably positive, very sad, but at the same time very together,” Ballard said.

“Some of the teenagers are hurting very badly. You can see it in their faces,” the mayor said.

Some people at the church thanked him for visiting and generally appeared strong, Ballard added, surmising that “it’s very clear that they are being guided by their faith right now.”

Still, the mayor added, they might have some tough days ahead of them.

“The next few days are always very, very painful as they come out of the shock of it,” he said.

The bus is believed to be the only vehicle involved in the crash, according to Hewitt.