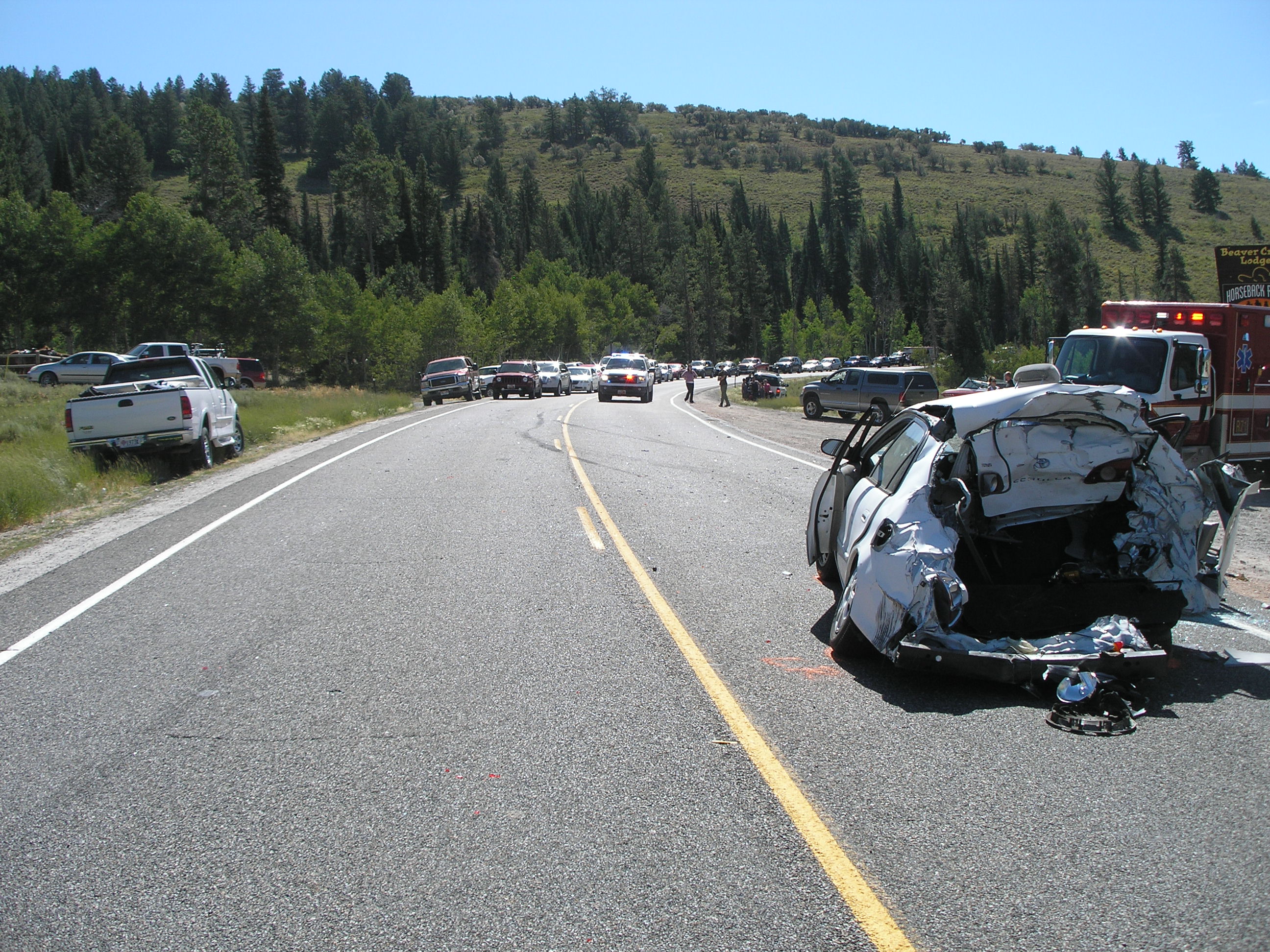 LOGAN, Utah – A woman was seriously injured and a man was treated at a hospital and released after a car wreck in Logan Canyon Saturday morning.

Authorities said at about 9:42 a.m. a White Toyota Corolla stopped on Highway 89 southbound to make a left turn into the Beaver Creek Lodge, and a Dodge Ram truck pulling a horse trailer loaded with sheep came around a corner and struck the Corolla.

The Corolla spun after the impact and struck a Chevrolet Trailblazer that was traveling northbound.

None of the occupants in the Trailblazer or Ram were injured.The driver of the Corolla, a 40-year-old male, was transported to Logan Regional Hospital, where he was treated and released.

A 36-year-old female passenger in the Corolla was seriously injured, and she was taken by an Air Med helicopter to Ogden Regional Hospital.

Highway 89 was closed in both directions for about an hour and a half while the helicopter landed and the wreck was cleared.