Not a toy: Shark found on New York subway car 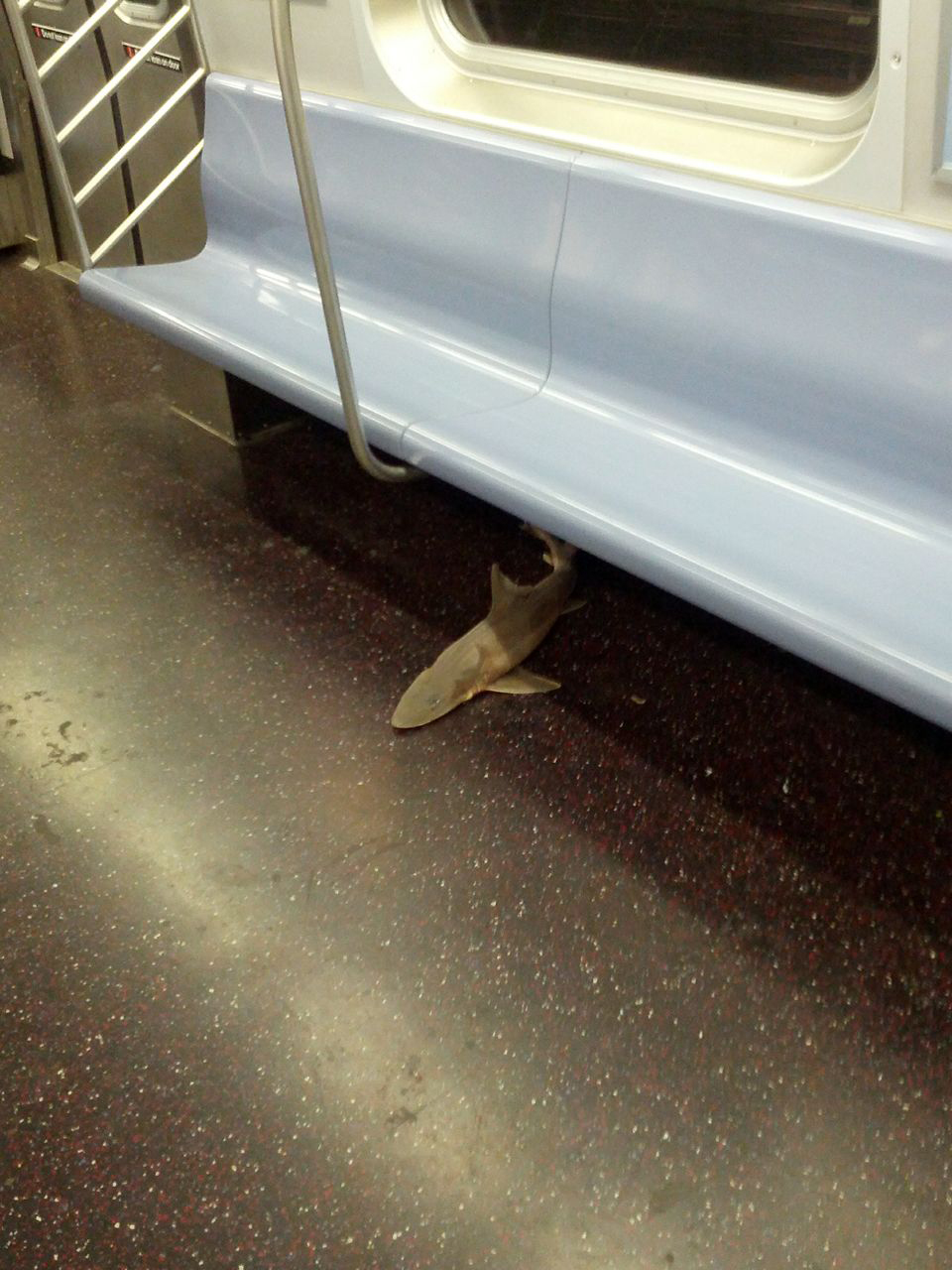 A still wet 1-and-a-half foot shark carcass was discovered on the floor of a subway car at around midnight in downtown Manhattan.

“I thought it was just a plush toy or a prank,” passenger Juan Cano told CNN. “When I saw the teeth that’s I knew it was real, it was no toy.”

The shark, described as weighing between five to 10 pounds, was discovered near a row of seats by passengers on the Queens-bound N train at the 14th Street stop.

The shark had blood on its mouth, as though it has recently been punctured by a fishing hook, according to Cano.

The shark quickly drew a crowd, as entering subway riders began to photograph and pose with the shark, even adding a subway fare card, soft drink can and a cigarette to the supine shark as props.

After several stops, an MTA official entered the train at Queensboro Plaza, cleared it of passengers, and locked its doors, Metropolitan Transit Authority spokesmen Kevin Ortiz told CNN. The shark was removed later that night and disposed of.

The shark’s species was never identified.

MTA officials were unable to “determine the shark’s origin,” according to Ortiz.

This is not the first case of a mysterious shark appearance.

In Nantucket last week, a 5-foot-long shark carcass was discovered outside the door of a bar on Water Street.

“I have no idea how or why it got there.” Sea Dog Brew Pub manager Jim Agnew told CNN.

Asked whether anything out of the ordinary happened that evening, Agnew could only point to having to ask two people to leave, but those were “peaceful ejections” he said — adding that the customs had since returned to the bar.

Some have speculated that the appearance of sharks in mysterious places is a publicity stunt for the Discovery Channel’s “Shark Week.” Photos of the two mysterious sharks have exploded on social media using the hashtag #sharkweek.

“Shark Week is all about conservation, so it deeply saddens us that someone would think that this was funny or in any way connected to our celebration of sharks,” said spokeswoman Laurie Goldberg.

MTA officials told CNN they have no plans to “continue investigating” how the shark got on the subway.

CNN’s Morgan Winsor and Kevin Conlon contributed to this report.