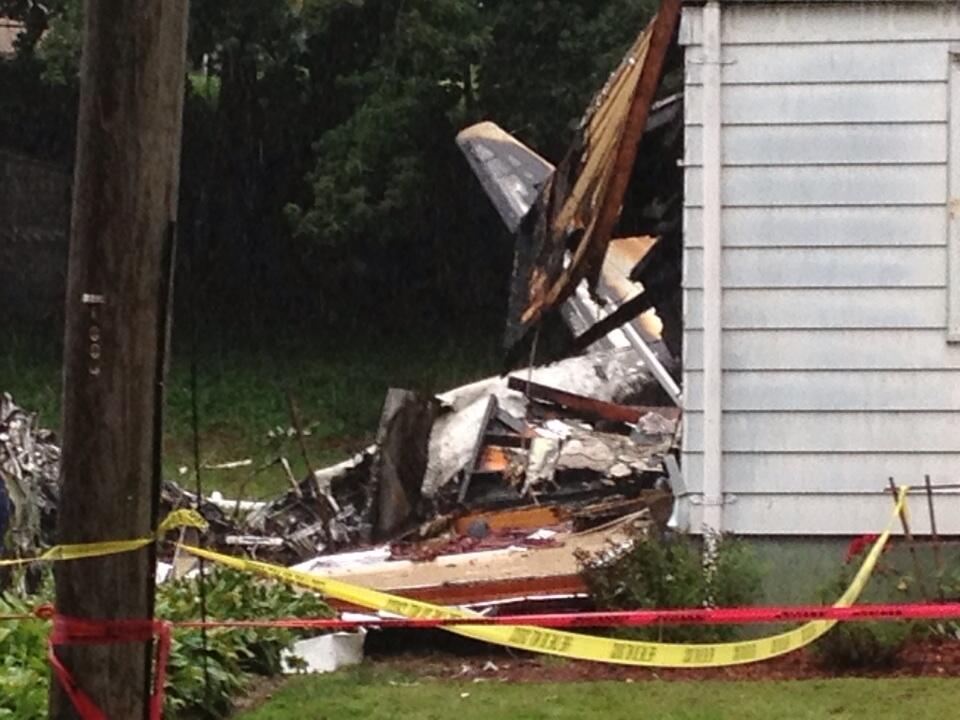 By Aaron Cooper and Jason Hanna

(CNN) — At least two people were killed and another was missing after a twin-engine turboprop airplane crashed into two houses in the southern Connecticut town of East Haven on Friday morning, officials told reporters.

Feared dead were two children — ages 1 and 13 — in one house, as well as the pilot, East Haven Mayor Joseph Maturo Jr. said. The other house was empty.

Two bodies have been seen but have not been recovered, Connecticut Gov. Dannel Malloy told reporters.

Maturo said the children were in one house with their mother when the plane struck shortly before 11:30 a.m., Maturo said, adding that the mother escaped.

“It’s … total devastation in the back of the home,” Maturo said.

The multi-engine Rockwell International Turbo Commander 690B took off from New Jersey’s Teterboro Airport on Friday morning and crashed while approaching the Tweed New Haven Airport around 11:25 a.m., the Federal Aviation Administration said.

Neither the pilot’s identity nor information about how many people were in the plane was immediately available.

The fuselage entered one of the homes, Malloy said. Video from WTNH showed smoke rising from a heavily damaged house in East Haven, and what appeared to be the tail of a plane nearby.

“We presume there’s going to be a very bad outcome for two people believed in the house” and the pilot, Jackson said.

The plane missed its initial approach, an official told reporters at a news conference in the East Haven neighborhood.