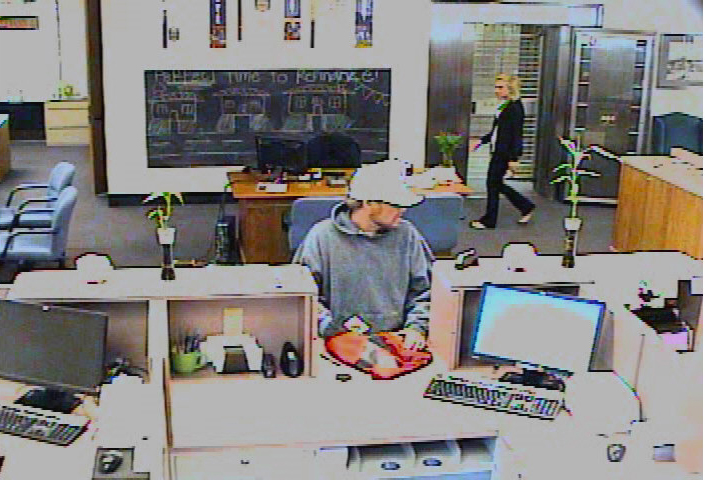 TAYLORSVILLE, Utah-  Police have released photos of a suspect who allegedly robbed a bank in Taylorsville Friday afternoon, and they are hoping the public can help them identify and locate the alleged robber.

The suspect entered a US Bank, 4135 S Redwood Road, at about 3:32 p.m. and presented a teller with a note demanding money, according to a press release from the Unified Police Department.

The teller complied, and the suspect fled the building with an undetermined amount of cash. The suspect ran north-east toward 4100 South. The suspect did not display a weapon during the robbery, and there were no injuries reported.

The suspect is described as a Caucasian male who stands about 5-feet 7-inches tall. He has a medium build, red hair and a full goatee. He was wearing sunglasses, a grey hooded sweater, blue jeans and a white baseball cap with white and silver stripes. The suspect is pictured in the photo gallery above.

Anyone with information regarding the suspect or the robbery is encouraged to contact police at 801-743-5950.