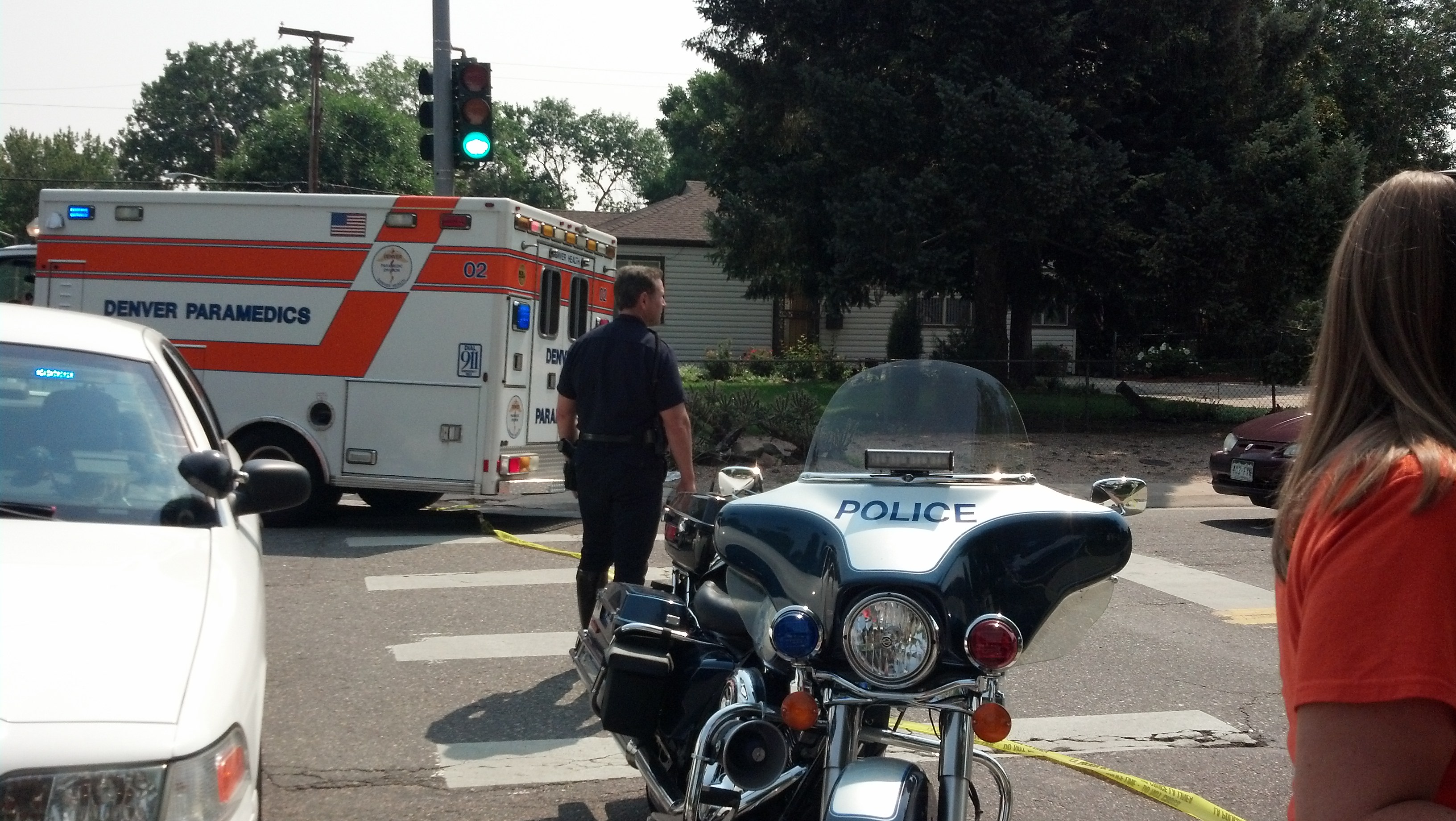 (CNN) — A man suspected of killing a woman and shooting another in a southwest Denver neighborhood set at least two “booby-trap” propane tanks in a street — and blew up one by shooting it in front of police Friday morning — the city’s police chief said.

At least one of the police officers, who’d arrived in the neighborhood to investigate a report of a shooting, then shot and wounded the man, Denver Police Chief Robert White said.

The exploded device — a propane tank with gunpowder on it — injured no one. But because of that and a similar tank in the street, officers temporarily evacuated homes on the block, so that investigators could check whether other devices had been set, White said.

The injured gunman, suspected of killing a woman and seriously injuring another in shootings earlier that morning, was taken to a hospital and was in surgery Friday afternoon, police said.

No names were immediately released.

Officers were called to the 2200 block of Irving Street in Denver at 10:40 a.m. As officers approached the man fired at one of two propane tanks he’d apparently placed on the street, causing it to explode, White told reporters.

“Obviously they’re somewhat a booby trap, so obviously his intent was to harm someone,” White said.

An officer returned fire, shooting the man in the shoulder or chest, White said.

Police then checked at least one house and found one woman fatally shot and another shot in the leg. The wounded woman was taken to a hospital and was in serious condition, according to White.

White said police also found a hand grenade, but he did not say where.

Henry Frye, a neighborhood resident, told CNN affiliate KUSA that he heard a “boom” as police arrived to confront the man.

“It was when the first cop drove up, he jumped out and … told the other cop that (the man) had a long rifle. Then that’s when I head the boom, and I booked. I split,” Frye said.