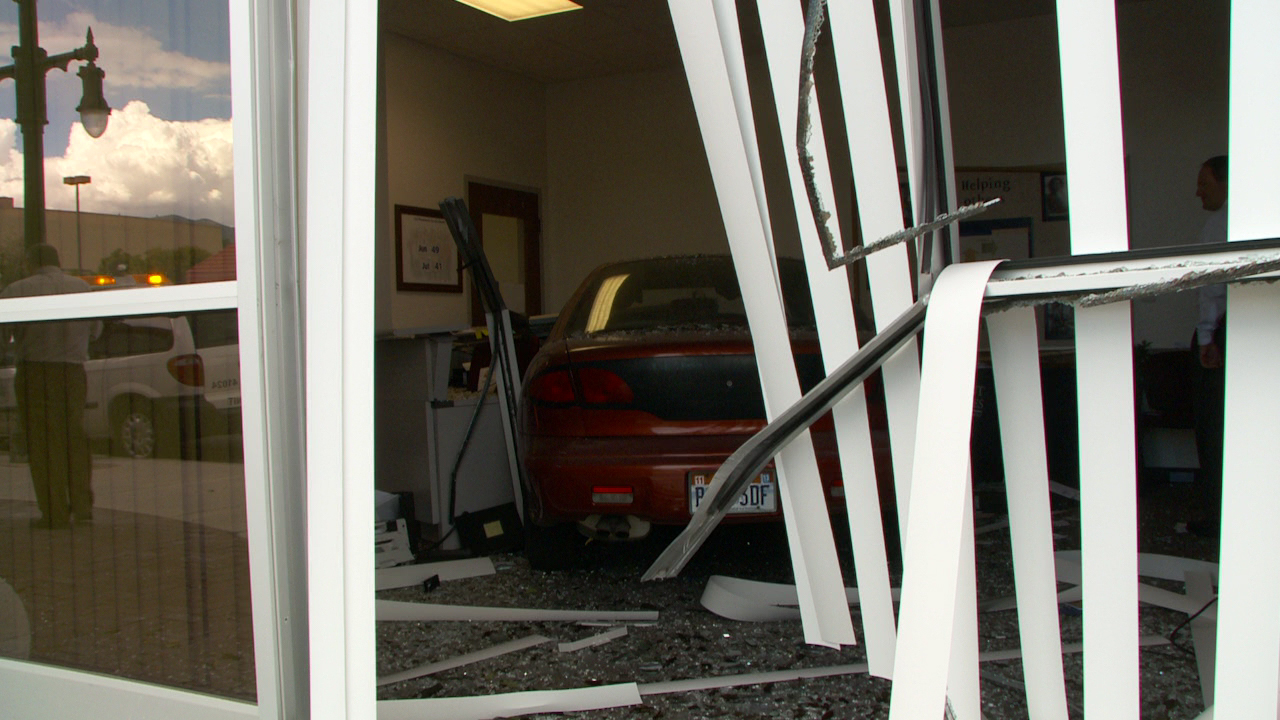 Lt. Scott White said the motorist was an inexperienced driver with a driver’s permit. Officers said the woman over-corrected while trying to make a turn and became nervous, at which point she mistook the gas pedal for the brake pedal.

“She meant to hit the brake pedal but hit the gas instead,” White said. “She jumped the curb and went through the window.”

There were customers inside the store, located at 2100 S. 800 East, when the woman hit the building, White said. There were no reported injuries.

The driver was cited for failure to maintain control of a vehicle. Damages are estimated at $10,000.