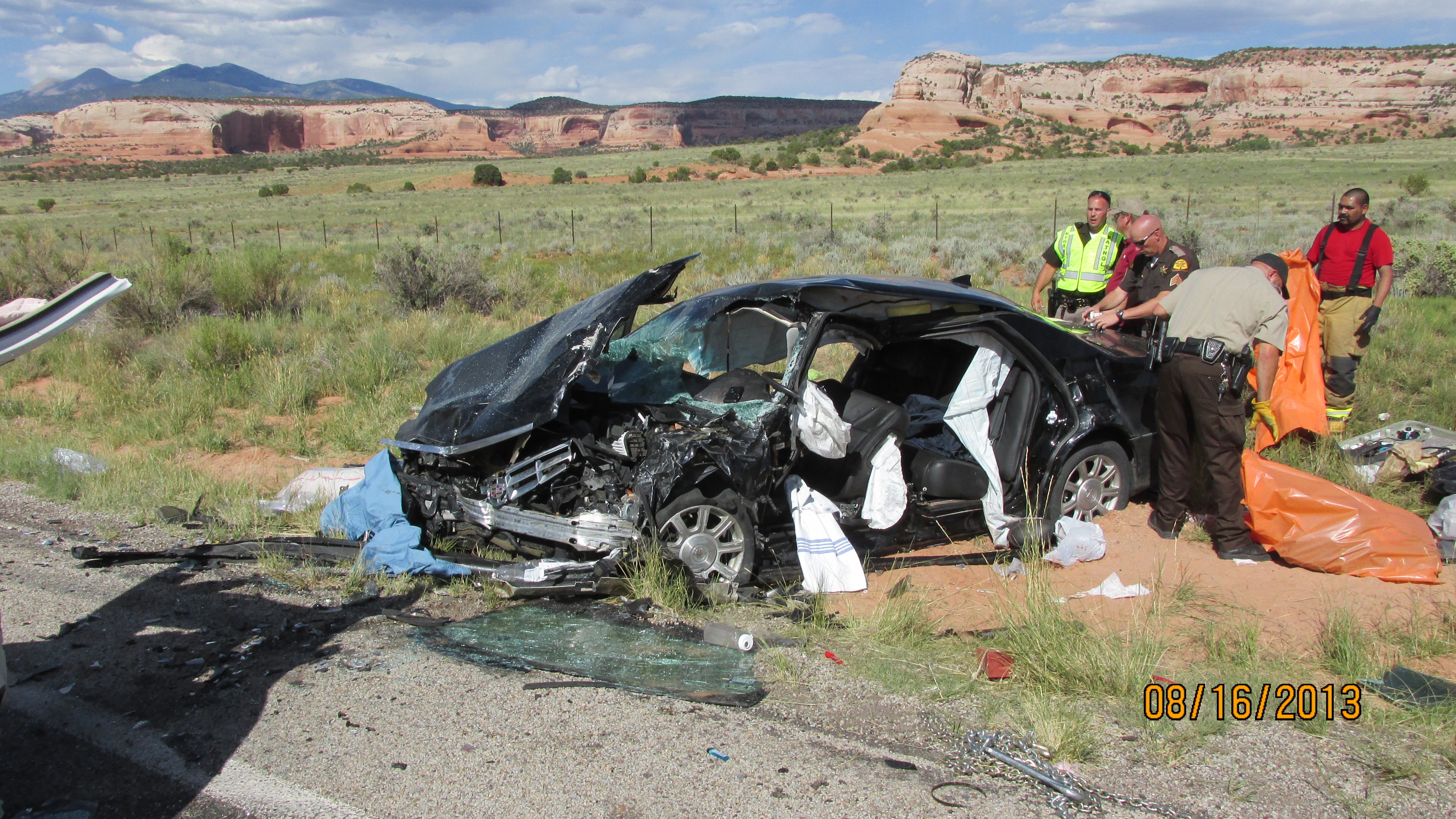 At approximately 3 p.m. a motorist of a Nissan Maxima traveling south reportedly tried to pass a semi in a no passing zone on State Route 191. During the attempt, the motorist struck a vehicle traveling north, Utah Highway Patrol officials said.

The Nissan glanced off the Hyundai in the northbound lane and began to spin out of control down the road, according to a UHP press release.

As the Nissan spun, it was struck on the passenger door by a Cadillac traveling north.

The Nissan came to rest in the center of the road and the Cadillac rotated off the shoulder and stopped, the release stated.

Two of the four occupants in the Nissan were killed. A 27-year-old woman in the back seat was ejected and died. A man, age 54, was killed on impact.

All occupants from the Nissan were from Saginaw, Texas.

Occupants from the Cadillac also sustained injuries and one fatality. A Perry, Ga., man, age 69, sitting in the front passenger seat was killed on impact, the release stated.

The driver and woman in the back seat received serious injuries.

The occupants of the Hyundai received minor injuries.

A motorist in a Toyota Camry traveling behind the Hyundai sustained damaged from flying debris. The driver was not injured.

Victims were taken to San Juan Hospital in Monticello and Moab Regional hospital in Moab. The two women from the Cadillac were flown to St. Mary’s hospital in Grand Junction, Colo.

Alcohol or drugs do not appear to be a factor in the crash, the release.

“This was a very violent crash and it will take some time to reconstruct,” the release stated.

Names of the victims will be released pending notification to the families.