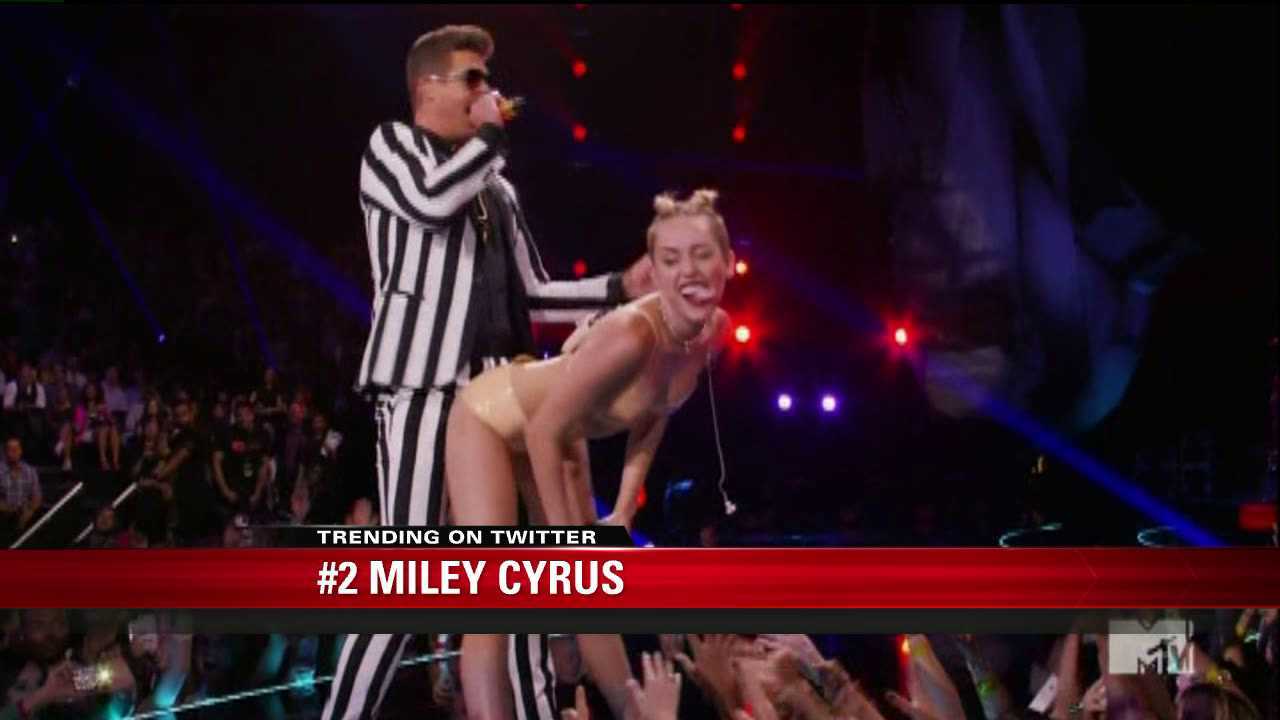 NEW YORK (CNN) — Lady Gaga has taken the MTV Video Music Awards stage covered in (fake) blood; wearing a dress made of meat and as her male alter-ego, Jo Calderone.

While Gaga came equipped with multiple costume- and wig-changes on her side, Cyrus took over the stage with gigantic, dancing bears and more twerking than viewers at home probably knew what to do with.

The 20-year-old pop star stepped out onto the stage a ball of energy, wearing a fuzzy gray leotard, as her hit single, “We Can’t Stop,” played. An animated and uninhibited performer, Cyrus’ dance moves were a clear departure from her “Hannah Montana” days. (Meaning, they involved a crotch grab or two.)

When she reached the end of her song, the singer stripped down to a flesh-toned latex bra and matching underwear and began to perform “Blurred Lines” alongside Robin Thicke.

“Miley better get a … pregnancy test after all of that grinding,” joked comedian Kevin Hart during the show.

Those watching on Twitter weren’t quite sure how to respond. By far the most common reaction, as demonstrated by a photo of Will Smith’s family seated in the VMAs audience, was shock:

“i am still trying to recover from the miley cyrus performance,” posted another viewer.

Derek Blasberg was more enthused, tweeting that he was “obsessed with @MileyCyrus’s performance at the VMA’s. It was like a karaoke party at the Playboy mansion. In the 90’s. In platform sneakers.”

Billboard’s Editorial Director, Bill Werde, thinks Cyrus’ show was right on target with the direction she’s taking her brand — she is, after all, no longer the teen Disney star she once was.

“Guys, Miley Cyrus is an all-star hot mess for a hot mess pop moment,” Werde tweeted. “She doesn’t care what u think & that’s her brand. & she just delivered.”