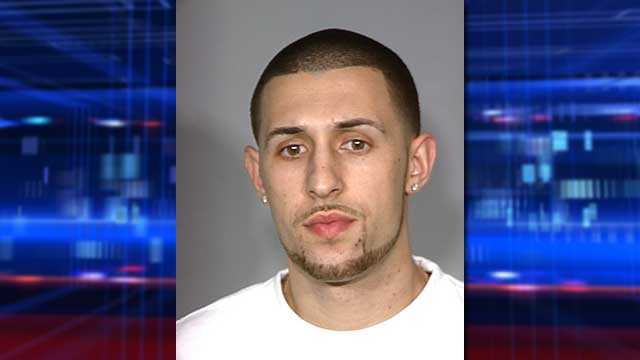 LAS VEGAS — A second man accused of dressing as a Mormon missionary and robbing a Las Vegas home in June turned himself in to authorities Wednesday, according to Las Vegas police.

The other suspect in the case, Abraham Austin, 28, was arrested on Aug. 23 in connection with the same incident that happened on June 27.

The men allegedly approached a man at his home under the pretense of discussing religion, and then they attacked the man a few minutes later.

More on this story from FOX 5 Las Vegas.