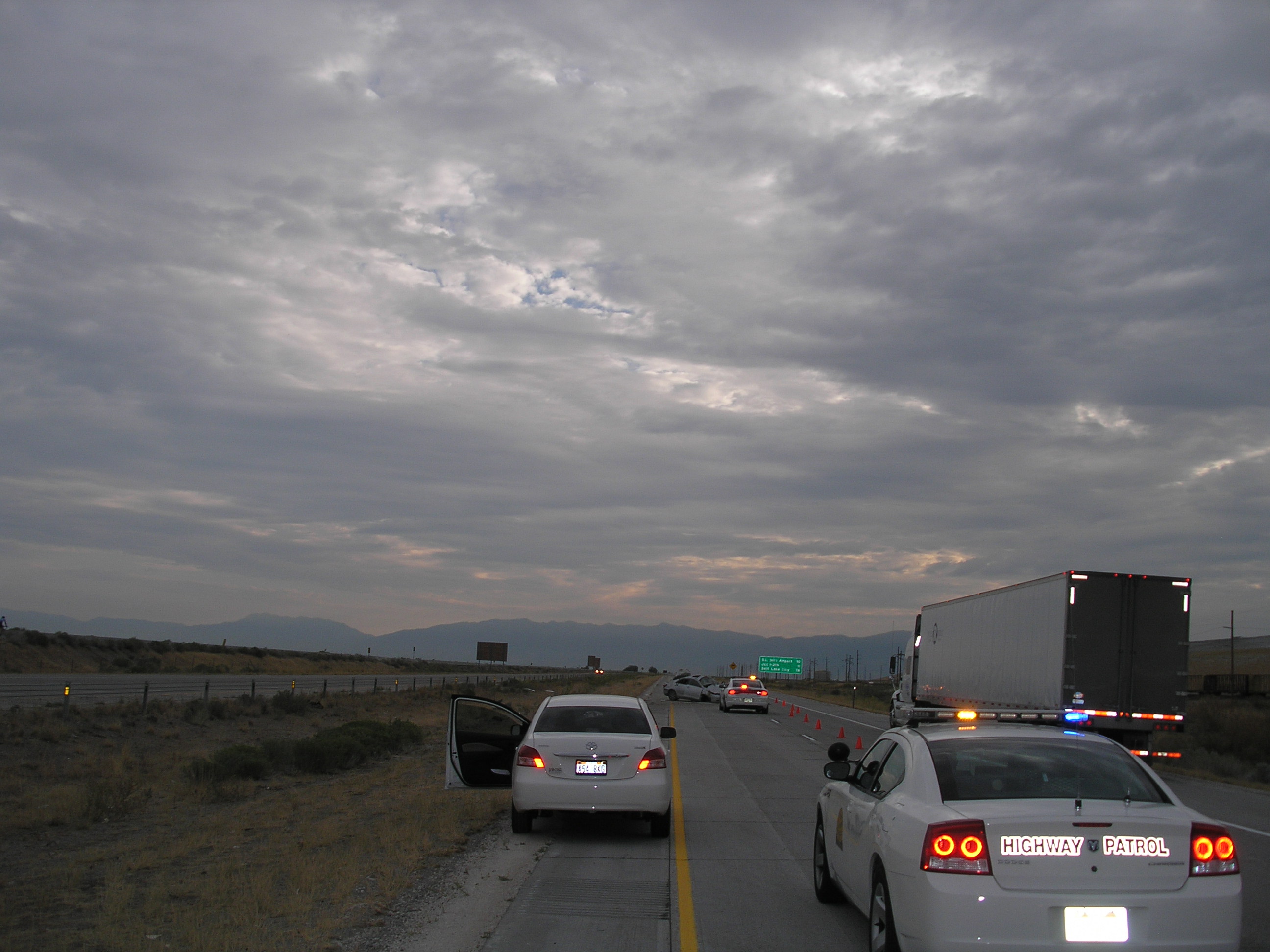 A silver Toyota traveling eastbound on I-80 veered to the left and into the median, where it rolled several times.

According to information from police, the driver, who was not wearing a seat belt, was ejected and died from his injuries. He was later identified as 52-year-old David Mecham of Syracuse.

A female passenger , 51-year-old Michelle Mecham, was wearing her seat belt, and she was transported by ambulance to a hospital with non life threatening injuries.

Investigators said they believe the driver fell asleep at the wheel.