The fire started at an apartment complex at 55 West Center Street.

Firefighters worked to get all the residents evacuated, and then made an aggressive aerial attack on the flames coming from the roof. Firefighters said they couldn't fight the fire from the inside because the flames were too great. After an exterior attack on the fire, they said they were eventually able to enter the apartment to make sure the blaze was completely extinguished.

Bassett said about 12 units were affected by the fire, and about 24 people have been displaced. Two units have serious fire damage, four units have significant water damage and six units suffered severe smoke damage.

No injuries were reported, but the Davis County Sheriff's deputy who initially responded was taken to the hospital as a precaution for smoke inhalation.

Basset said the fire appears to have started outside of a unit, but the cause is still under investigation.

The Red Cross is currently helping families who have been displaced from the fire. 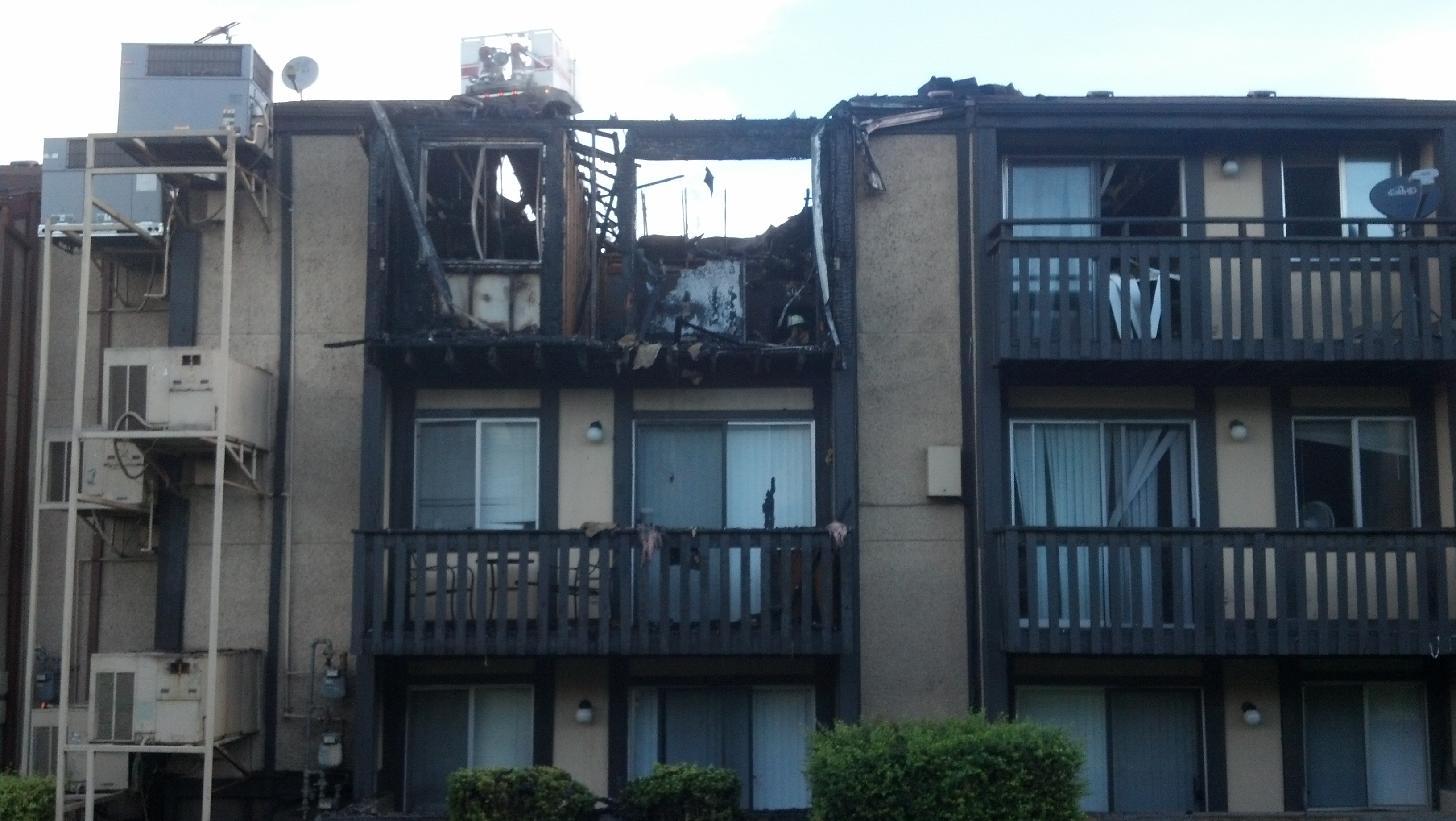