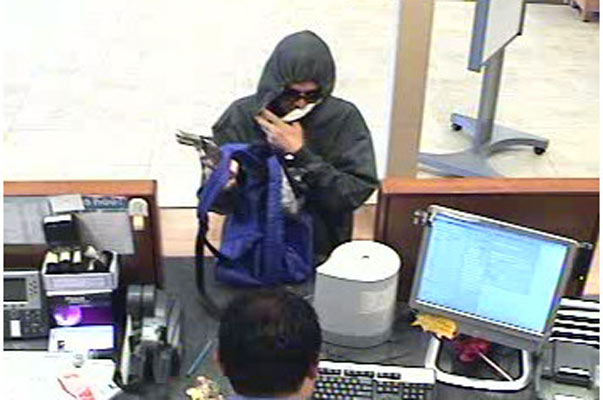 MILLCREEK, Utah — Police are searching for a man who allegedly robbed a Millcreek Bank Saturday.

The suspect pointed a silver revolver with a long barrel at a teller and demanded money, according to Det. Jared Richardson, Unified Police Department.

The suspect fled the scene on foot with an undetermined amount of money. Police said he ran south along 700 East. No injuries were reported.

Police describe the suspect as a white male, about five feet nine inches tall, and was hearing khakis with a gray hoodie pulled tight around his face. He has a red mustache and was wearing sunglasses.