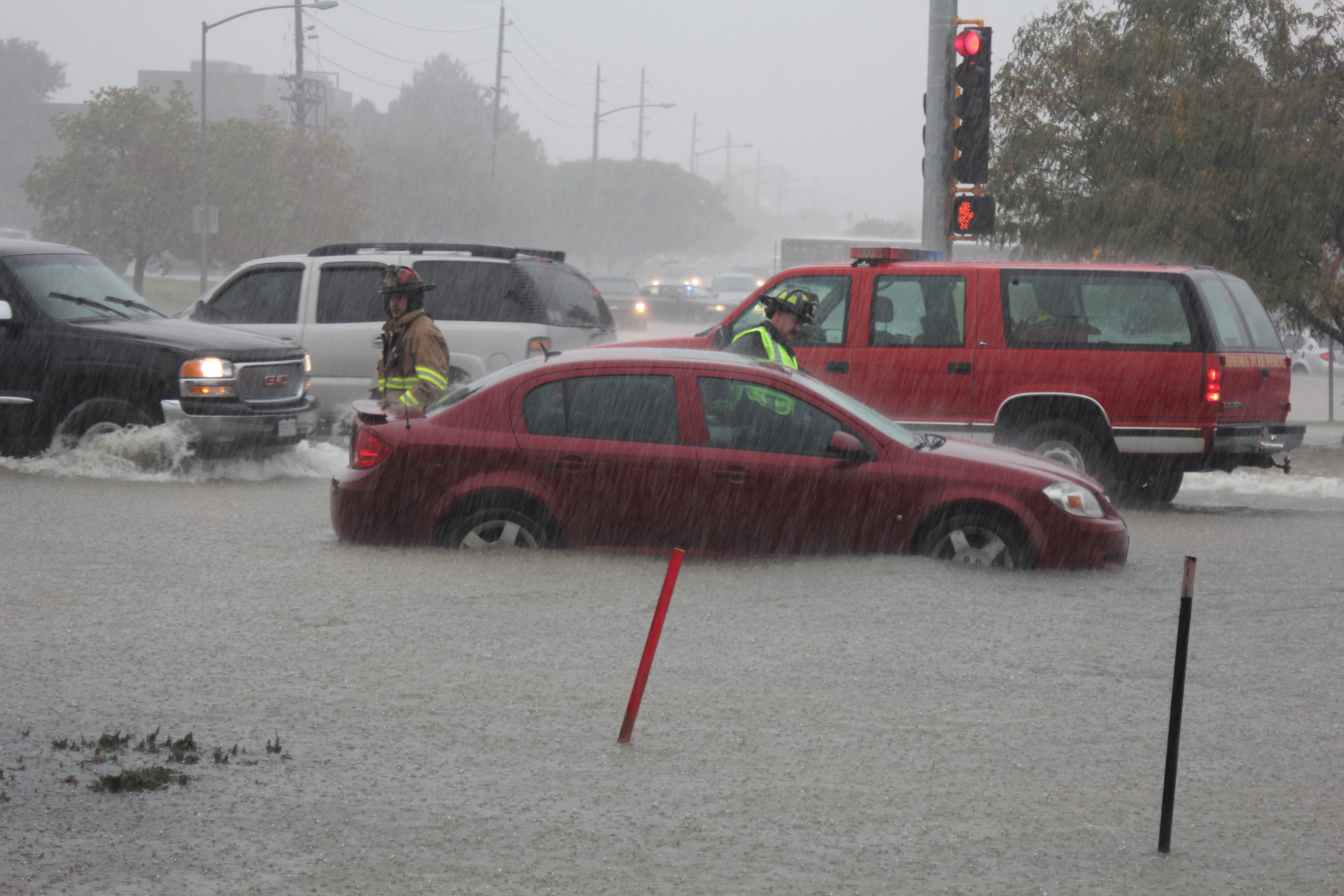 UPDATE: According to information from the Boulder Office of Emergency Management, 172 people are unaccounted for.

Original story from CNN continues below:

BOULDER, Colorado (CNN) — Clear skies allowed for more evacuations and rescues in flood-devastated Colorado on Friday, but the forecast through Sunday called for more heavy rain.

Even after the last of the storms, authorities can’t say how long it will take to reach residents who will remain isolated by devastated roads.

One other death had been reported in Boulder County and one occurred in El Paso County.

More heavy rain is forecast through Sunday for the region, on top of the 15 inches some parts of the state have already received.

On Friday, National Guard troops using “high-profile” trucks to wade through water were evacuating the entire Boulder County town of Lyons, which had been cut off since the flooding began Wednesday night.

“It just really felt like God came down and saved us. It felt great,” Melinda Villa said of the National Guard’s arrival at the Lyons apartment where she was stranded with her 1-month-old infant. She said, “I just felt like I was trapped. No phone, no water, barely any formula for my baby, barely any food for us.”

Jonathan Linenberger described a Noah’s Ark-style evacuation as he, his fiancee and four dogs and three cats greeted the National Guard truck.

“We had to go (through) knee-deep water, at least. We had to wade our animals across into the truck to get them there,” said Linenberger. “That was the first thing you can grab, your loved ones — and that’s what we have.”

The National Guard also was evacuating the entire population — 285 people — from the town of Jamestown by helicopter, CNN affiliate KCNC-TV reported.

Four helicopters were being used for rescues in Boulder County Friday, Pelle said. The sheriff said helicopters also may have to be used indefinitely to deliver food and water to residents along damaged rural roads.

“Please know we’re working hard,” Pelle told residents who might see his televised news conference. “We’re concerned about you. But you’re going to have to be patient. Please know this is an unprecented event.”

About 80 people in Boulder County have been reported missing or “unaccounted for” by relatives, Sheriff’s Cmdr. Heidi Prentup said.

In Larimer County to the north, Sheriff Justin Smith surveyed the heavily damaged Big Thompson Canyon by air Friday. Some people remain stranded in homes there, he said, adding, “How we’re going to get them out — it’s going to take a damn long time.”

However, he said the break in the rain Friday allowed school buses to begin evacuating students who had been stranded at a school.

Smith described widespread damage to roads. He estimated 17 miles of Highway 34, a major artery, will need to be rebuilt.

The National Guard effort to get residents out of Lyons began shortly after daybreak. About 100 troops in 21 heavy vehicles able to ford high waters streamed into the city to begin moving residents out, Gov. John Hickenlooper said.

Residents had been entirely cut off, without water or sewer service, in many cases without electricity, facing what Fire Chief J.J. Hoffman said in a Facebook posting was a “very large disaster.”

It was unclear when the evacuation would be complete.

“I encourage all of you — stay strong!” Hoffman wrote on the fire department’s Facebook page. “We will make it through this, we are here for you and doing the absolute best we can with the resources we have to get to each and every one of you!”

As Lyons evacuees arrived at a shelter set up in a church in nearby Longmont, they told stories of houses ripped off their foundations as the St. Vrain Creek turned into a violent river, CNN affiliate KMGH reported.

Some people in Lyons still were awaiting rescue, evacuees said, and some residents had chosen to stay. Marchetta said evacuees told her there had been a town meeting and residents were checking on each other to ensure no one was missing.

State transportation officials issued an emergency alert to residents in some of the hardest-hit counties, warning them to stay off roads because many are unstable and could give way without notice. They also closed Interstate 25 from the Wyoming line south to Denver. Part of Interstate 70 also was shut down.

In Fort Collins, some residents had been urged to leave their homes. And in Denver, police responded when a man was swept into a drainage pipe with his dog. Both were saved after traveling two blocks in the water, police said on Twitter.

The rains sent virtually every waterway in Boulder County coursing out of its banks, and massive water flows washed away roads and bridges, flooded homes and stressed numerous other bridges.

In the early hours Friday, flood sirens sounded in Boulder County as emergency officials feared that debris-caked canyons might give way and send another wall of water crashing through the city of Boulder and neighboring communities.

“All residents are warned to go to higher ground immediately due to the potential for flash flooding along the creek,” Boulder’s Office of Emergency Management said.

Emergency management warned that “there are mudslides at the mouth of Boulder Canyon 400 feet long and four feet deep as the sides of the canyon give way due to the saturation from the days-long rain.”

Authorities continued to warn of the danger of mudslides Friday night.

Hickenlooper warned an extensive recovery is ahead.

“This is not going to get fixed in a week,” he said. “We have lost a great deal of infrastructure.”