(CNN) — Police have arrested four men in connection with a Chicago shooting that wounded 13 people, including a 3-year-old boy, authorities said Tuesday.

All four have been charged with attempted murder and aggravated battery with a firearm, police said.

Young is accused of firing an assault-style rifle used in the shooting. Police say Champ also fired a gun during the incident.

A third suspect, Kewane Gatewood, 20, is accused of supplying the assault weapon, and Brad Jeff, 22, was allegedly the lookout during the shooting, police said.

“Our officers and our detectives have worked tirelessly in partnership with the community, to solve this case and hold the criminals who committed this senseless act of violence responsible for their actions,” Chicago Police Superintendent Garry F. McCarthy said in a statement.

In all, 13 people were shot Thursday at the Back of the Yards neighborhood on Chicago’s South Side.

Deonta’s grandmother made a plea to those fueling violence in Chicago.

An assault-style rifle with a high-capacity magazine was used in the shooting, which appears to be gang-related, McCarthy has said. One of the alleged shooters, Champ, is a documented gang member, police said.

The FBI’s annual crime report last week showed Chicago had 500 homicides in 2012, up from 431 in 2011 and more than any other American city. Chicago officials have said homicides this year are below the 2012 pace.

Still, Chicago does not have the highest homicide rate in the United States. That distinction belongs to Flint, Michigan, with one homicide for every 1,613 residents, according to the FBI data. Detroit is close behind, with one killing for every 1,832 residents.

In 2012, the number of violent crimes increased by 0.7%, compared with the previous year, according to the FBI figures.

CNN’s Mariano Castillo and David Simpson contributed to this report. 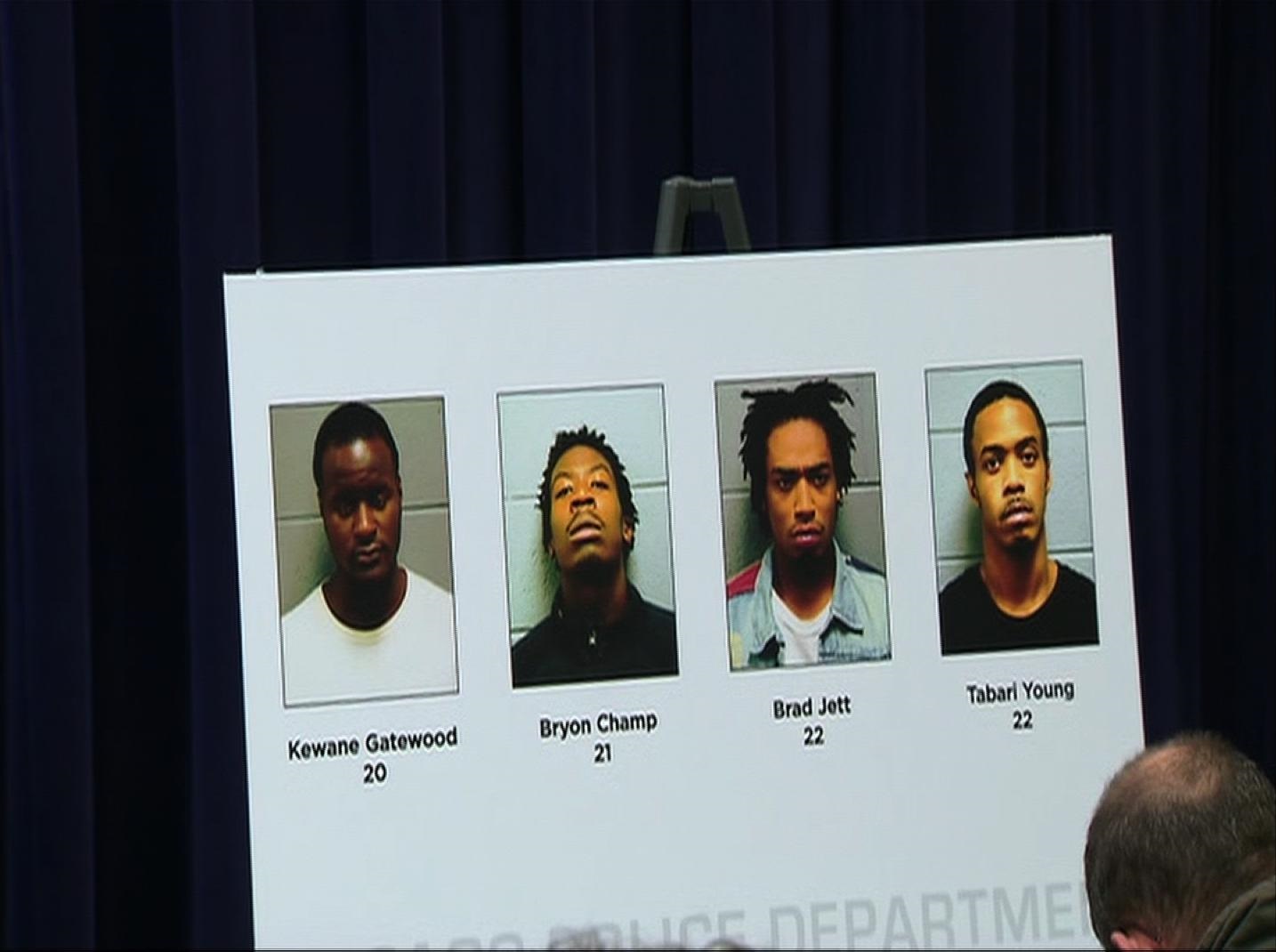