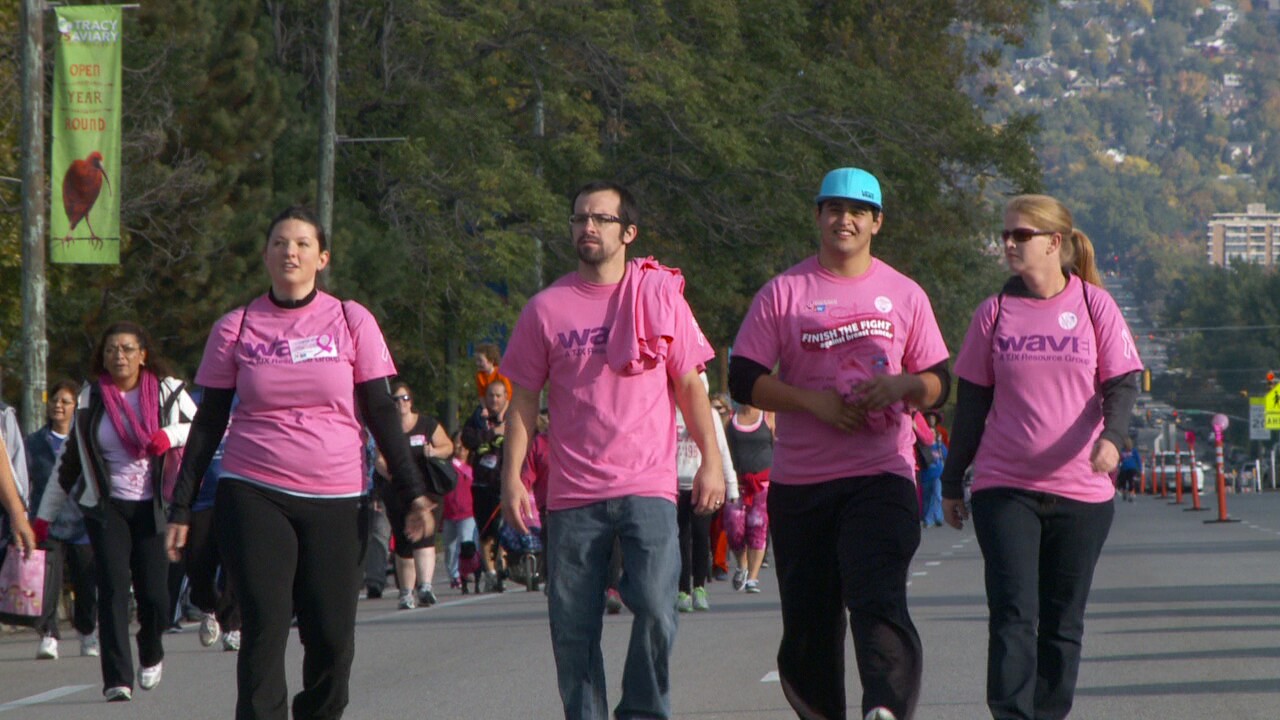 Regardless of your age or gender, odds are breast cancer has affected your life in some way, which is why so many Utahns come out each year for the walk in downtown Salt Lake City.

“We just always get a team together for my mom, and we just always come together and walk and have a lot of fun doing it,” participant Lindsey Perschon said.

Those currently battling breast cancer, their families, friends and survivors like Karama Perschon came out to walk and share their stories.

“It was hard, but it was a good hard,” Karama Perschon said.

She doesn’t get emotional when she talks about the day she was diagnosed, but the day Perschon learned she was cancer free she went to the store and bought her husband pink roses, and that story brings tears to her eyes.

“That was very emotional to take them to his office because he was there every step of the way, and I didn't expect those emotions,” she said.

News of being cancer free wasn't the end of Pascoalina Dunham's battle. Now she fights to raise awareness for something too many Utah women avoid: mammograms.

For eight years, the event has grown to its high point this year of nearly 8,000 participants. Good, but not enough, Dunham said.

“Yeah, but there's a lot more out there that are not here who need to get screened,” she said.

The American Cancer Society said this year’s goal was to raise $240,000 for breast cancer research. Organizers said Saturday it appeared they were very close to that amount.