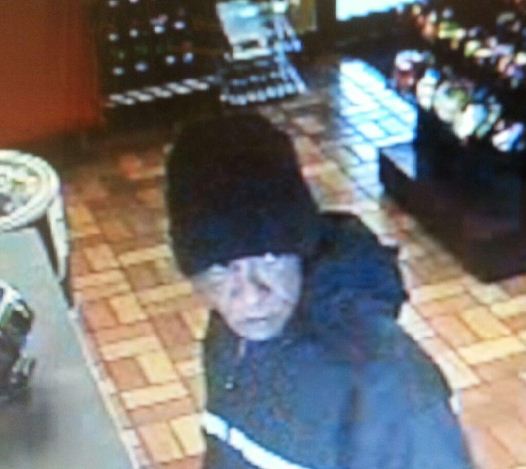 SALT LAKE CITY – Police are asking for the public’s help identifying a man who has allegedly robbed four different businesses this month.

According to a press release from the Unified Police Department, the suspect has the same procedure for each robbery: He approaches the clerk and asks for change, puts his hand in his jacket and claims to have a gun and demands money.

In each case, the clerk complied with the man’s request, and the suspect was able to escape on foot with undisclosed amounts of cash.

Detectives said the suspect wears the same clothes in each robbery. He was seen wearing a black beanie and a black jacket with a white horizontal stripe in the chest. He is described as a Hispanic male in his ‘50s or ‘60s who is about 5-feet 6-inches tall with a medium build.

Anyone with information about the robberies or the suspect is asked to contact police at 801-743-5950.