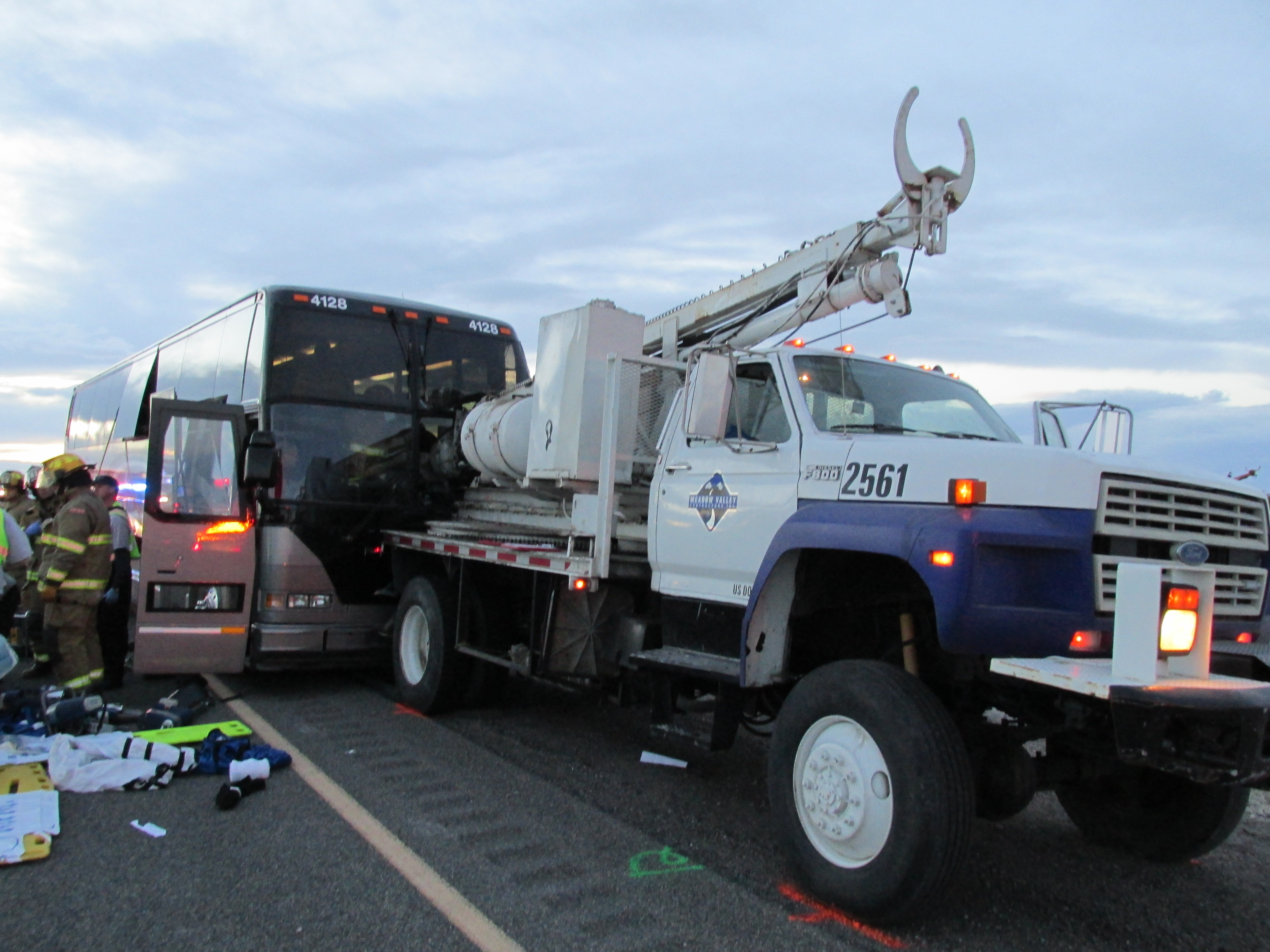 The Utah Highway Patrol has released new photos of an accident involving a tour bus and construction truck on Interstate 80 that took place Monday night in Tooele County.

The bus was traveling back from a day trip to Wendover when it slammed into the back of the construction truck with an auger, officials said.

UHP officials said the crane on the back of the truck went through the windshield of the bus killing Pita Asiata instantly. Two passengers were flown to area hospitals in Salt Lake City in critical condition.

Three other passengers were taken to hospitals by ambulances.

Construction workers in the area said the truck was pulling in a median when the accident happened.

The truck was slowing down so quickly that Pita Asiata didn’t have time to slow down, UHP officials said.

Three people were in the construction vehicle. None of them were injured.