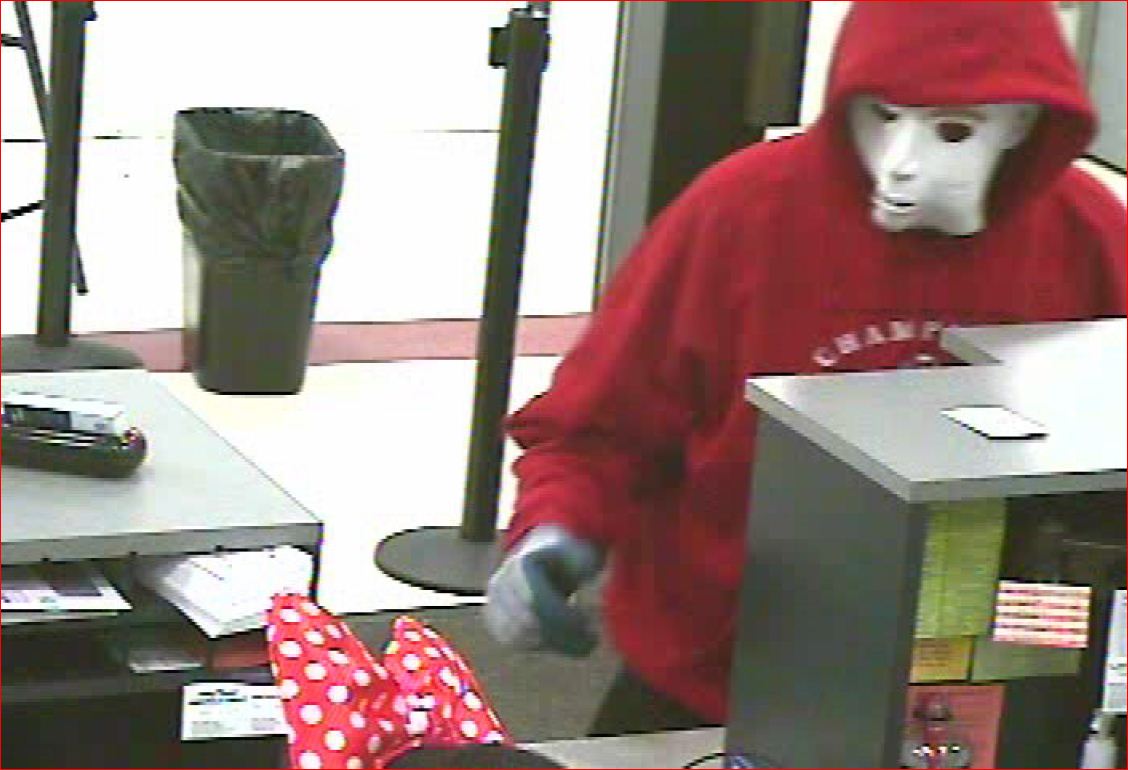 CENTERVILLE, Utah — Police are asking for the public’s help in identifying a suspect who robbed a Centerville credit union on Halloween.

Officers said the robbery happened at the America First Credit Union at 350 East Pages Lane around 6:45 on Halloween night.

According to police, the suspect was wearing a white mask, gloves and read sweatshirt when he entered the credit union. They said the suspect was initially asked to remove the mask, but he refused and demanded money.

Officers said no weapons were displayed or threatened.

Anyone with information is asked to contact the Centerville Police Department at (801) 292-8441.