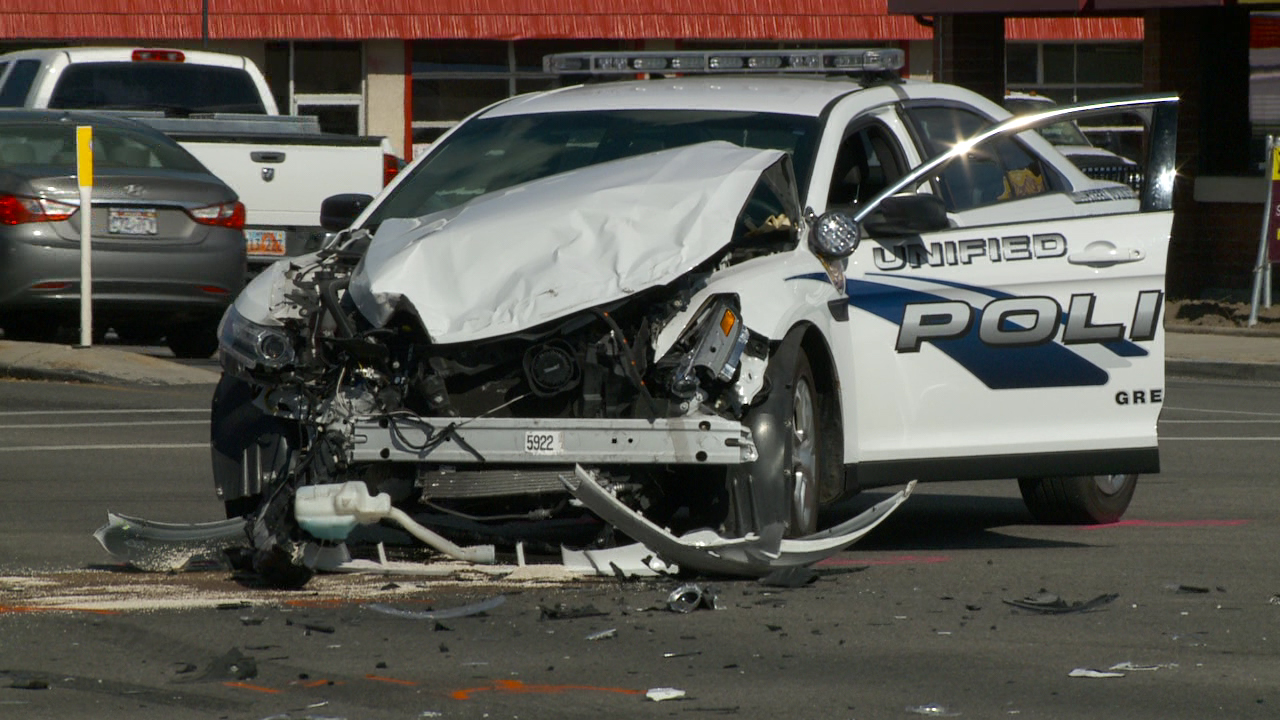 SOUTH SALT LAKE, Utah – A Unified Police Department officer was transported to a hospital after an accident involving a police vehicle and an SUV Friday.

Police said the officer was responding to an incident and traveling with lights and sirens on at the time of the wreck, and the accident occurred at 3900 South State St.

Sgt. Matt Budd of the South Salt Lake Police Department said the officer was proceeding through the intersection going westbound when the two vehicles collided.

Budd said he didn’t know for sure what the traffic signals were at the time of the crash but said, “…my understanding is that it was a red light, and that’s part of the reason that she was proceeding with caution, with the lights and siren on… a red light traveling westbound.”

Budd said there were no other injuries reported. He said the investigation into the cause of the crash is ongoing.