SALT LAKE CITY -- Salt Lake Comic Con organizer Dan Farr announced there will be two events in 2014, including the new "FanXperience" in April.

“Fans in and around Utah have spoken and made it clear that one event a year is not enough. This FanX will build upon the accomplishments of the first Comic Con and has expanded into virtually the entire Salt Palace Convention Center. With continued support from the fans we can rival the largest Comic Cons in North America," Farr said in a statement released Thursday morning.

The FanXperience will be held April 17-19 at the Salt Palace Convention Center.
Guest appearances include:

Attendance for this event is expected to exceed 100,000, according to a posting on the Salt Lake Comic Con website. 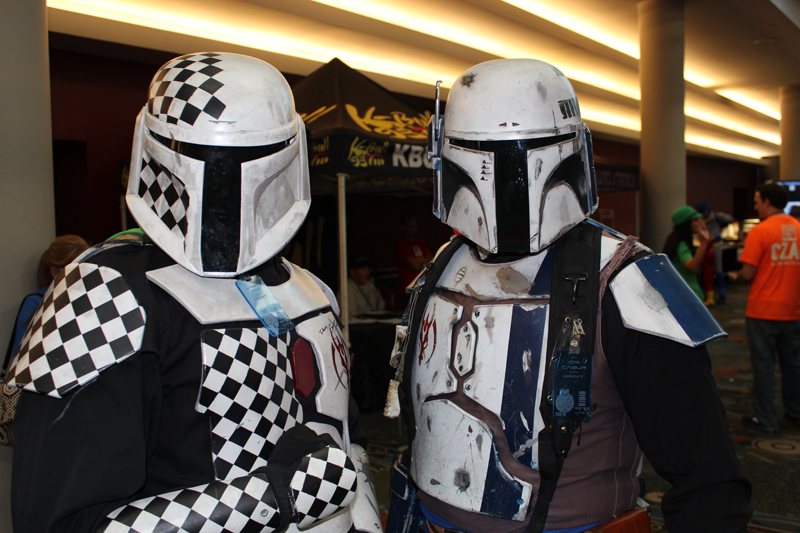 The decision to produce two events in 2014 was based on overwhelming fan response to the SOLD OUT September 2013 inaugural event.

Norman Reedus, star of the hit series The Walking Dead™, will headline the initial celebrity guest list at April’s 2014 FanX. Reedus will be joined at FanX by Walking Dead co-star Chandler Riggs, Brent Spiner and Marina Sirtis from Star Trek: The Next Generation™, Kelly Hu from X2:X-Men United™ and Adam Baldwin of Firefly. Over 100 additional celebrities and guests will be announced between now and the April event.

“Fans in and around Utah have spoken and made it clear that one event a year is not enough,” said Dan Farr, Salt Lake Comic Con Show Producer.  “This FanX will build upon the accomplishments of the first Comic Con and has expanded into virtually the entire Salt Palace Convention Center. With continued support from the fans we can rival the largest Comic Cons in North America.”

Tickets for the 2014 FanX are available today on the Salt Lake Comic Con Website.  All ticket sales between now and December 31, 2013 will include a special early supporters discount for those that purchased tickets last year. For the first time, Military personnel, First Responders and Senior Citizens will receive discounts on all tickets. Additionally, for tickets purchased prior to December 31, 2013 children age 10 and under will be free of charge with all adult tickets purchased, limit two kids per adult ticket.

In addition to more space at the Salt Palace, FanX will incorporate key additions to its program, including:

·       Kid Con Pavilion.  The Kid Con Pavilion will focus on entertainment and activities specifically designed for families and children.
·       More Cosplay events: There will be additional Cosplay Contests, photo areas, and some first of their kind activities to take Cosplay to a whole new level.
·       More social activities.  Including robust interactive panels, Q&A’s with celebrity panelists, speed dating, social media groups and expanded areas for attendees to take pictures and socialize with         fans with similar interests.
·       More entertainment. More shows within the show like last years’ Jedi Mind Tricks Comedy Show and Evil Dead Musical as well as special celebrity Meet and Greet events.
·       Longer hours. Nearly a half-day more of open hours over the course of the three-day event.
·       Expanded VIP experiences and benefits.  VIPs will have greater access to celebrities, fastpass lines, preferred seating in panels, early show entry and much more.

Recently the Salt Lake Comic Con Facebook page became the most popular fan page of any Utah company based on fan engagement.