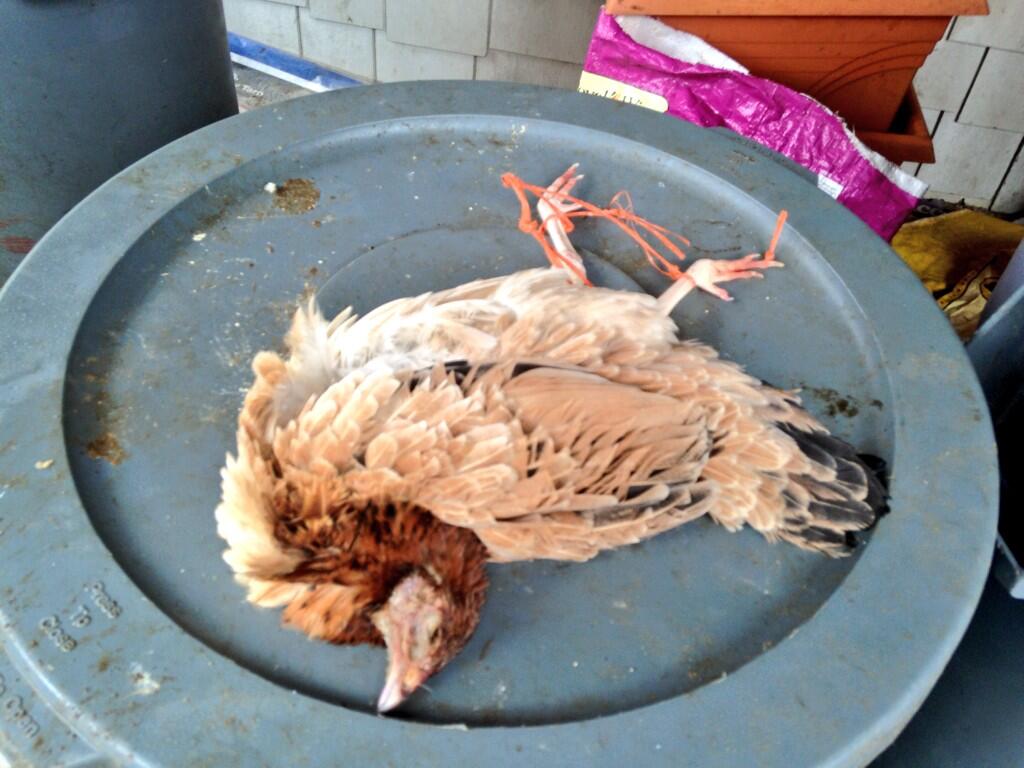 (CNN) — Living conditions at the home where a 11-year-old was handcuffed by the ankle to a post on the front porch, with a dead chicken around his neck, were so bad that a North Carolina sheriff said it was “an environment you wouldn’t want to walk through, much less live in.”

“It was filthy, feces on the floor, holes in the wall,” Union County Sheriff Eddie Cathey said. “The bathroom, you could see from outside of the hall into the bathroom. Sink was trashed. No running water.”

CNN’s Nick Valencia said the house, located south of Monroe, had piles of garbage and abandoned and rusted-out vehicles in the yard. He also said the area had an overwhelming smell of urine and feces.

“As bad as you think that house was on the outside, that’s probably the cleanest part of that place,” Cathey said Sunday.

The 11-year-old boy and four other children, ages 8, 9, 13 and 14, were removed from the home. Authorities learned about the situation after a deputy responded Friday to a complaint about a hog at a neighboring house saw the boy wearing a T-shirt and jeans shivering outside.

Larson also faces charges of willful failure to discharge her duty as a public official. Cathey said Larson has worked with his agency, as well as others around Union County.

Harper reportedly lived at the residence with Larson, who was not present at the time of Friday’s incident. They had adopted four of the children and were serving as foster parents for the 11-year-old.

Cathey said there was a room where the 11-year-old was cuffed overnight to a 3-foot piece of railroad. The sheriff said four of the children, including the 11-year-old, slept on blankets in the room.

Neighbor Steve Mills recounted an incident from the past summer when one of the children came up to him.

“The littlest one was running up the street, crying, hollering, he was panicking, come up here ‘Mister, can I have something to eat, I’m starving. Can I come in please?” My wife was going to go in there and make him a sandwich if he’s hungry,” he said.

“We didn’t think anything of it because the other two boys came up, saying “He’s new.” So we just figured he was just getting used to the area and being with a new family and his new siblings and so we thought nothing of it.”

Cathey said all of the kids appeared to be underweight for their ages, and they were hungry after being removed from the home.

Cathey said Harper has requested an attorney and Larson is cooperating with authorities.

Harper and Larson are expected to appear in court on Monday morning.

The children are in the custody of an outside agency.