15 lesser-known ski resorts to check out this winter 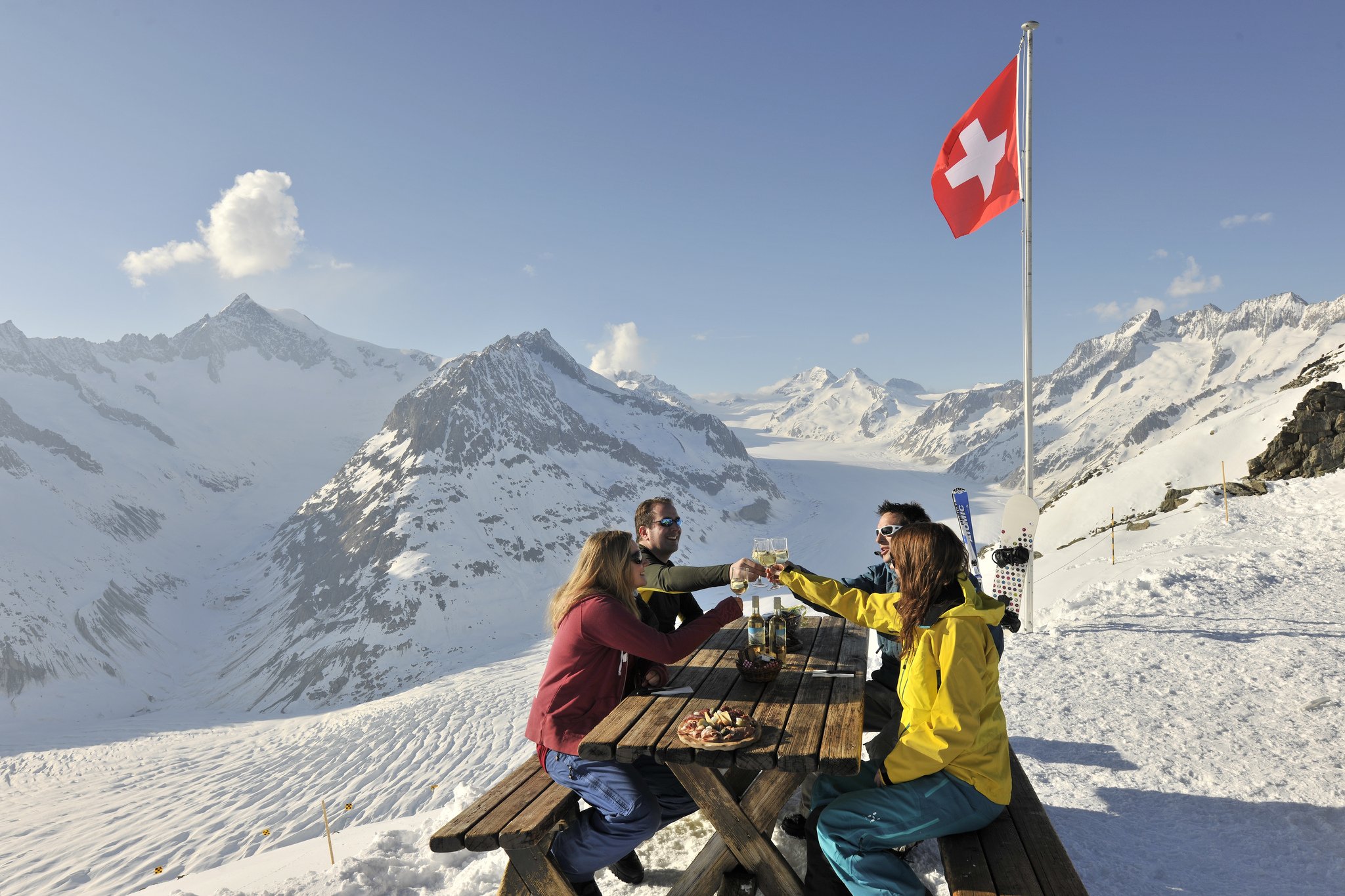 (CNN) — Whistler, Chamonix, Aspen — the best known winter sports resorts have become that for a reason.

Not only are the following places worthy of a December-to-February vacation, some are significantly cheaper.

The small resort of Lech-Zürs is about to get bigger.

As of this winter, it’ll be connected to nearby Warth-Schröcken by a two-kilometer-long ropeway ski lift, meaning visitors can access 190 kilometers of trails and 47 lifts.

The huge range of accommodations runs from five-star Hotel Almhof Schneider, in the shadow of the Schlegelkopf peak, to the quaint and quirky Pension Astoria, a short walk from the town center.

The beautiful Sierra Nevada is Spain’s most popular ski area — it has a collection of resorts with more than 104 kilometers of trails and 116 ski runs.

It’s located 32 kilometers from the city of Granada.

Visitors can rent an apartment, such as those at Apartahotel Trevenque (located next to the resort’s main gondola), which has kitchenettes and direct access to the slopes.

Red Mountain resort in British Columbia is another resort about to double in size, thanks to the development of the adjacent Grey Mountain.

Skiers who take the chair lift to the top are rewarded with spectacular views and 360-degree skiing off the peak.

The development of Grey Mountain gives Red Mountain resort a total of 2,682 ski-able acres, putting it in the top 20 North American ski resorts in terms of terrain size.

The Slalom Creek apartments are the resort’s newest accommodations, with fireplaces and private Jacuzzi tubs.

This Maine resort has a number of developments in the pipeline this winter, including a brand new, 15-acre terrain park designed by Sochi-bound free-ski athlete Simon Dumont, and 60 acres of glades that have been opened for tree skiing.

Sugar Bowl already has some of America’s best tree runs, but this winter several developments are set to transform the area.

A new chairlift will provide advanced skiers with easy access to the challenging Crow’s Face and Strawberry Fields areas, previously reached only by hiking.

Sugar Bowl’s Lodge is one of the coziest hotels you’ll find in a ski resort and is accessed via gondola.

Les Orres is one of the newer French resorts.

Built in 2008 with an extensive network of wide, groomed runs and childcare facilities, it’s a destination for families.

It has more than 100 kilometers of ski-able terrain, and its location, in the middle of a forest overlooking the Serre-Ponçon lake, makes it one of the more spectacular places to get a winter snow fix.

There’s not a huge range of accommodation in Les Orres, but La Portette has 26 spacious bedrooms, direct access to the piste and stunning mountain views.

The Spanish royal family are fans of this ski area in the region of Lleida in western Catalonia.

Although small, the resort has something for snowboarders and skiers of all abilities: there are five green runs, 34 blue slopes, 26 red runs and six black slopes.

Catalonia is one of the few places in Europe where heli-skiing is legal and there are some fantastic back-country areas.

In 2014, the resort will be holding various events to mark its 50th anniversary.

There are a number of reasons to visit this Austrian resort in 2014, but the pièce de résistance is a new, $24-billion cable car that will open up nearly untouched snow fields below the Piz Val Gronda peak — in the past, skiers and snowboarders have had to be towed to the area by snowmobile.

Ischgl is already the biggest interconnected ski area in Tyrol, with more than 238 kilometers of runs.

Accommodation in Ischgl includes a number of hotels within meters of the centrally located Silvretta cable car.

Smaller hotels on the outskirts of the resort are equally accessible, thanks to an efficient shuttle bus system.

Jay Peak gets the most snow of any resort in eastern North America, and has a huge range of terrain.

Almost all of the lodging is ski-in, ski-out.

This year, the resort is spending $43 million on improvements, including a new 80,000-square-foot hotel and base lodge.

Accommodations include the Slopeside Condominiums on the edge of the resort.

With a new indoor water park, the Hotel Jay and Conference Center is suitable for families.

This beautiful resort is a great starting point for those who’ve never skied in Japan.

There are no nightclubs or bars, just lots of snow — by mid-season there are usually around four meters.

The resort, Japan’s oldest, dating to 1911, is surrounded by an astounding 25 ski areas.

Lodge Beetle offers traditional Japanese accommodations high above the main resort — the owners will personally collect you from the resort on their snowmobiles.

Davos, St Moritz and Klosters are some of Graubünden’s most famous resorts, but they’re also the most expensive.

For equally fantastic skiing at half the price, there’s nearby Arosa.

This winter a new cable car will connect Arosa with the nearby resort of Lenzerheide.

The hotels here are also some of the prettiest you’ll find in a ski resort, whether it’s the Alpensonne, with views over surrounding mountains, or the Gspan hotel, a quaint wooden cabin that, its website claims, was built in 1621.

The Aletsch Arena is located on the edge of Swiss Alps Jungfrau-Aletsch, a UNESCO World Heritage Site.

There are 11 terrain parks and around 100 kilometers of trails.

In Bettmeralp, Hotel Alpfrieden is a beautiful, stone-clad hotel, loved by return guests for its extensive wine list.

The Art Furrer hotel in Riederalp is centrally located and just a short walk from the ski school.

Skiers and snowboarders flock to this former mining town for the huge range of terrain, which includes some tough black runs, including the slopes used for the annual World Cup night slalom.

The World Ski Championships were held here last winter, and as a result, the resort now has several new and incredibly fast lifts.

An hour drive from Salzburg, the town dates to medieval times and is packed with small, family-run cafes, shops and après-ski bars.

One of the most beautiful hotels is the Hotel Schütterhof. It’s well-connected to the slopes and has one of the resort’s largest spas.

Norway might not be famous for its alpine skiing, but the northern location of Voss is what makes it the country’s most popular ski resort.

Unsurprisingly, cross-country skiing is incredibly popular here and although the resort is on the small side, it’s ideal for families.

There are 19 runs, two terrain parks and three large ski areas for children.

There are several hotels to choose from, but the beautiful Myrkdalen Cabins offer great access to the slopes and spectacular views over the entire resort, just a 90-minute train journey from Bergen.

This severely underestimated German ski resort, a 90-minute train journey from Munich, was the venue for the FIS Alpine World Ski Championships in 2011.

Experienced skiers and snowboarders should head to the high altitude Alpspitze area, which lies above the tree line. This is also the location of one of the world’s most spectacular viewing platforms, AlpspiX, which juts out from the mountain and from which visitors can peer a thousand meters into the depths below.