Cato, a chunky husky, was "arrested" and charged with shoplifting by Clinton police, according to CNN Affiliate WHNS.

His owner, Holly Darden, admitted to her dog's "crime." He apparently got off his leash and started his adventure.

Cato did have a guilty look when police confronted him with the crime.

Store surveillance video Wednesday shows Cato waiting for the right moment to sneak into the store, following customers through the automatic doors. He dashes out a few minutes later and apparently buries his loot nearby.

The Dollar General caper is not the first time the dog has been in a local business. Cato's owner admits he's sneaked into Ingles, BI-LO and a Pizza Hut.

According to WHNS, Cato did spend some time in the pound, but he's back home resting. 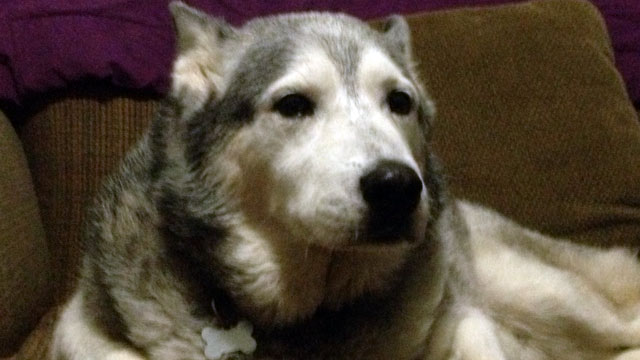