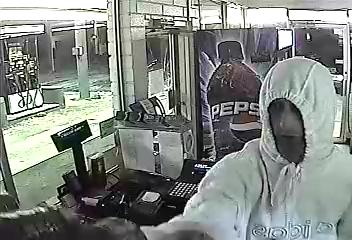 CACHE COUNTY, Utah — Police officers are searching for a suspect involved in a rash of burglaries in Cache and Box Elder Counties.

Officers said there have been seven burglaries total, three in Box Elder County and Four in Cache County, all within six weeks.

According to police, the suspect has been targeting convenience stores and gas stations. They said all the businesses involved have had the front windows broken out in the early morning hours. High-end cigarettes and cash have been taken in each burglary.

The Cache County Sheriff’s Office has released surveillance photos from the Short Stop convenience store in Hyrum, and they are asking the public for help in identifying the suspect.

The suspect is described as a white male in his mid to late 20s. The suspect’s vehicle is a white, 2-door coupe with a spoiler on the trunk.

If anyone has any information on the suspect, they are asked to call the Cache County Sheriff’s Office at (435) 755-1161. Tips can also be sent in via text message, just text the word CACHETIP plus your message to 274637.