2 in critical condition after wreck, UHP says slow down for snow, slush 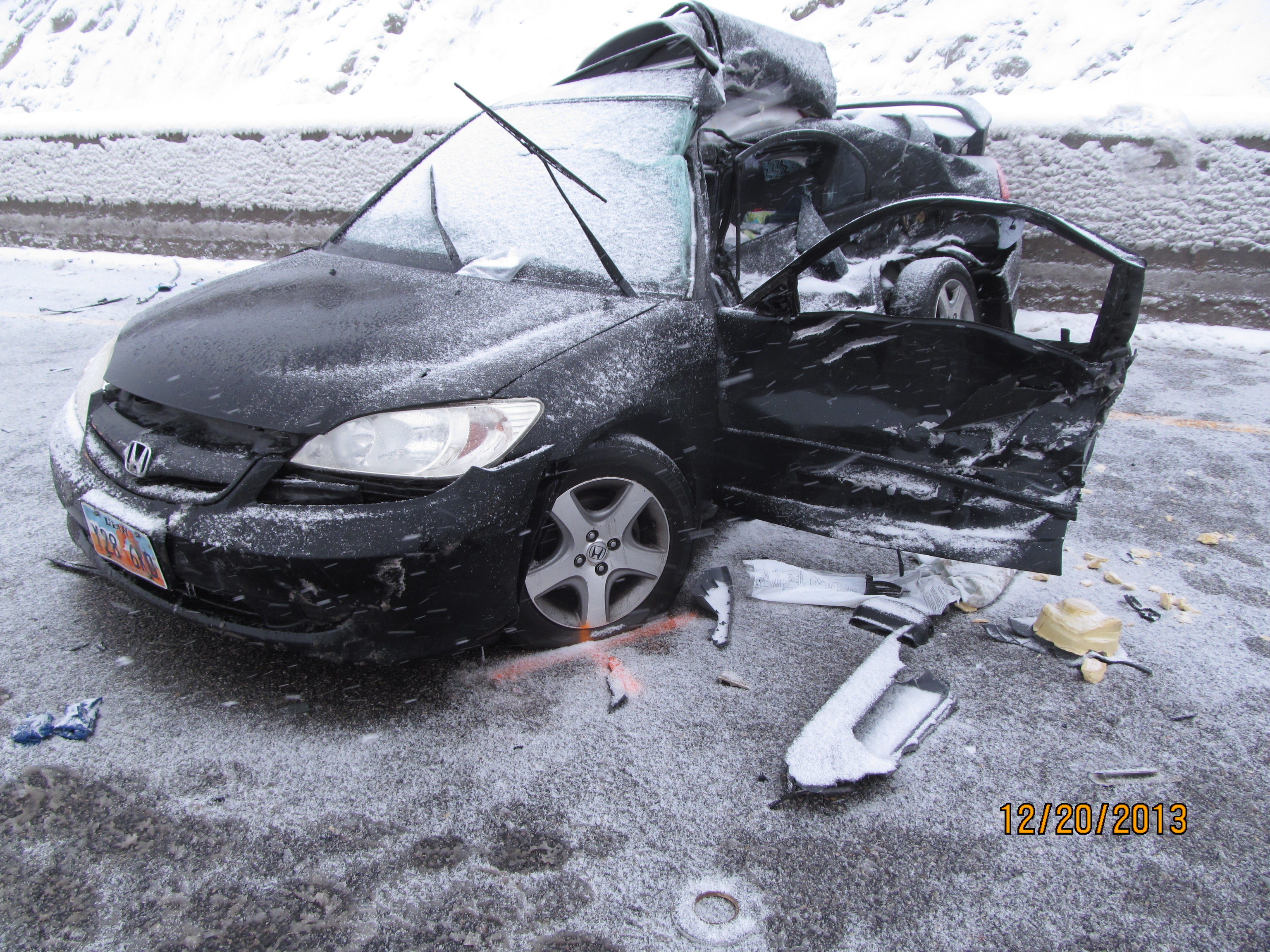 SALT LAKE COUNTY, Utah – Two people were in critical condition after a two-vehicle accident on I-80 near milepost 133 Saturday morning.

According to information from the Utah Highway Patrol, the accident occurred at 8:46 a.m. when a black passenger car traveling west slid sideways into the path of a semitrailer, which struck the black car broadside.

The roads were slick due to weather, and the “driver was traveling too fast for the winter conditions,” According to the UHP.

Snow was expected to continue to fall across Utah Saturday.

The left and center lanes near the accident were closed as crews investigated.