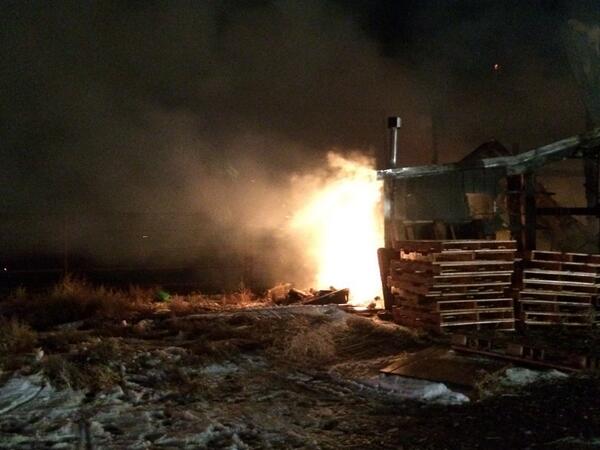 SUMMIT COUNTY –Wanship water supply may have been diminished because of a barn fire Tuesday morning, according to tweets from North Summit Fire.

Wanship residents may have low water pressure because of the amount of water used to fight the blaze, said Tyler Rowser with North Summit Fire.

Since Wanship is a small community it doesn’t have a large amount of water like a larger city.

Water pressure will build back up through the morning and should be back to normal soon, Rowser said.

Fire crews responded to the barn fire at approximately 5 a.m. where goats and dogs were inside, fire officials said.

Firefighters battled the blaze at 29731 Old Lincoln Highway. When Wanship crews arrived they found the barn engulfed in flames.

It is unknown if all the animals made it out safely, Rowser said.

As of 5:40 a.m. the flames were mostly put out except for a few hot spots still flaring up, Rowser said. No other structures were threatened.

The cause of the fire is still under investigation. The state fire marshal has been contacted.