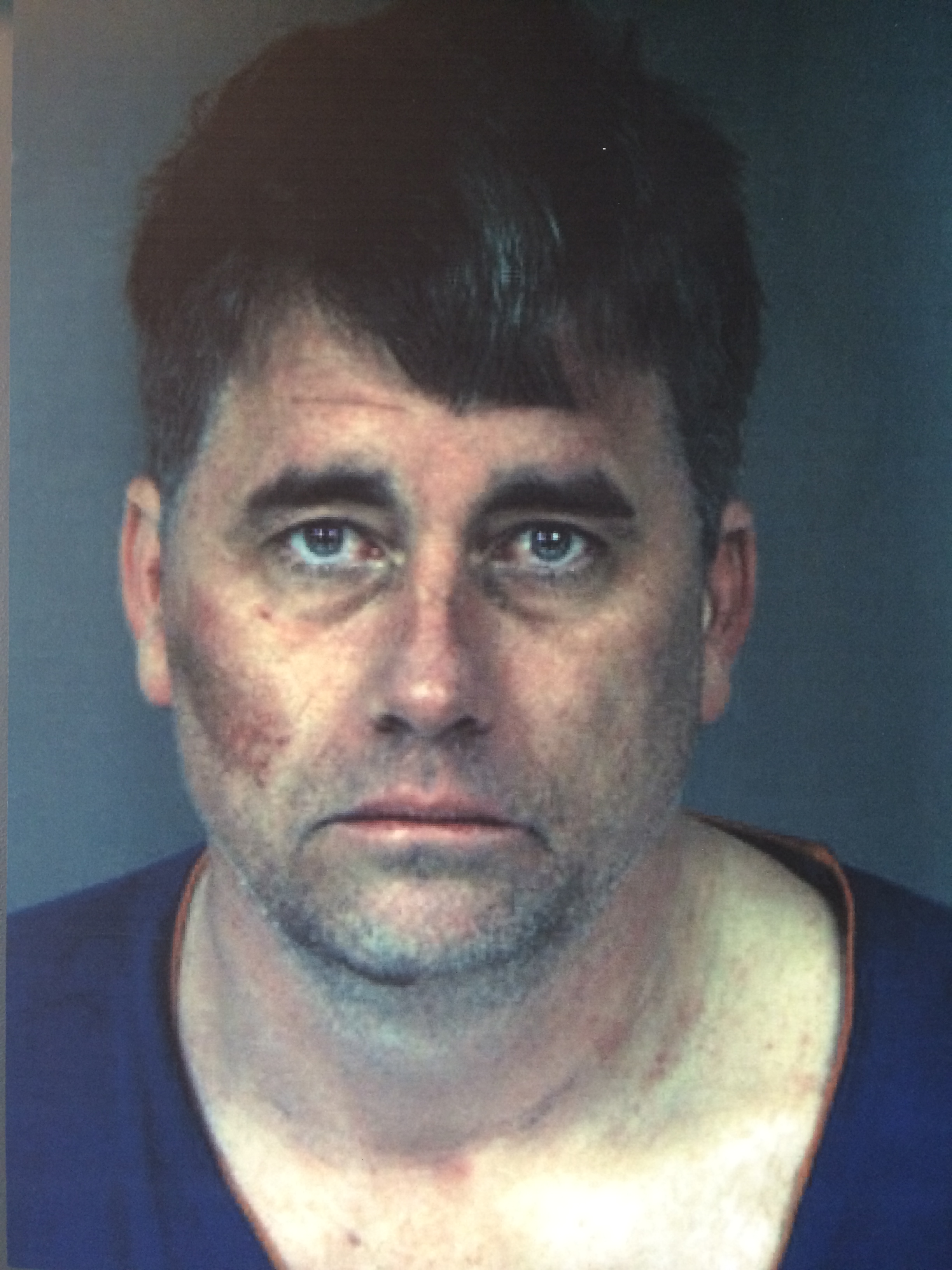 By Greg Botelho and Dan Simon

EUREKA, California (CNN) — Authorities have taken into custody a California man who they believe killed a Roman Catholic priest in a church rectory, the police chief said.

The suspect, Gary Lee Bullock, was arrested early Thursday afternoon in the southern part of Humboldt County near Garberville, said Eureka police Chief Andy Mills. Authorities said they still don’t have an explanation as to why he might have killed the Rev. Eric Freed, though they do hope residents can rest easier knowing he’s no longer at large.

“There’s no question in our mind he’s responsible for this heinous act,” Mills told CNN’s Jake Tapper, citing evidence recovered at the crime scene and interviews with eyewitnesses.

Hours earlier, Mills announced that an arrest warrant had been issued for Bullock and asked for the public’s help in tracking down him and a 2010 Nissan hybrid belonging to the slain priest.

His gruesome death — which the county coroner official ruled a homicide on Thursday — has shaken many in and around Eureka, both members of the parish he served, the nearby university where he taught and the community at large.

“Eric knew as well as anybody just how senseless violence could be,” said Wiliam Herbrechtsmeier, a professor at Humboldt State University where Freed had taught since 2007. “When a fine person like him is brought down — that’s just tragic.”

Mills said Thursday that authorities still didn’t have a motive for the killing, speculating it was likely “a crime of opportunity” that ended in Freed’s death.

“To me, why is the biggest thing that we would like to establish — to bring a sense of ease and comfort to the community,” the police chief said. “But right now, I’m just glad that this incident is done, it is over with, he’s in custody (and) the public can take a deep breath.”

Suspect was ‘restrained,’ then released

Bullock wasn’t unknown to local authorities; in fact, he’d been in custody earlier on the same day that Freed was found dead.

Police explained that, on New Year’s Eve, Humboldt County sheriff’s deputies responded to reports of a person “acting strangely” in Garberville. They went to the scene and arrested Bullock for public intoxication, taking him to a jail where “he was rejected due to his erratic behavior,” Eureka police said in a press release.

Bullock — who last known address is in Redway, California — was then moved to a nearby hospital “where he became more agitated and had to be physically restrained by deputies,” police added. He was eventually booked into a jail shortly after 4:30 p.m. that day, staying there for over 8 hours before his release at 12:43 a.m. on January 1.

Less than two hours later, police got a call about a suspicious person at St. Bernard Church. Officers found Bullock but, as he wasn’t “intoxicated and did not qualify for an emergency psychological hold,” didn’t detain him, but instead referred him to a shelter, Mills said.

At some point in the hours after that, a guard at Freed’s church found a person matching Bullock’s description on the premises and told him to leave, police said.

It was at 9 a.m. that authorities were called back to St. Bernard, this time after church staff came across Freed — who officers and a doctor, who happened to be a parishioner, both determined was already dead. Mills said police later determined there were signs of “forced entry” and the aforementioned struggle.

Mayor Frank Jager said Freed was a personal friend and a “tremendous person in this community” since his arrival three years ago. The 56-year-old’s loss was felt deeply elsewhere as well.

“He was a really, genuinely warm individual,” said professor Stephen Cunha, the chairman of Humboldt State University’s religious studies department where Freed taught. “… Kind is the word that comes to mind, sensitive.”

Just a few days ago, the priest sent a note to his parishioners, thanking them for their support and prayers and wishing them a Merry Christmas and Happy New Year.

“I cannot tell you how proud and honored I am to be your pastor,” Freed wrote in a letter posted on the parish website. “Our parish is alive, joyful and full of faith, hope and charity that define us as Catholic Christians.”

While he was relatively new to St. Bernard, Freed had already made an impact there and elsewhere around Eureka — including with the city’s Japanese-American community, as Freed lived in Japan for many years — Jager told reporters.

“This is an absolutely tremendous loss not only for the St. Bernard’s Parish, but for our community generally,” the mayor said. “For those of us who believe in prayer, this is the time for that.”

Freed’s ties to Humbodt State went back even longer. A guest lecturer, he wrote a book about the first atomic bomb and also taught about the New Testament, connecting with Christians and non-Christians alike.

“He was very well respected, very well liked and had a tremendous working knowledge as well as academic knowledge,” Cunha said. “… To think that he passed in this way: It’s just layers of grief and shock.”

Herbrechtsmeier said he got to know Freed well not just at Humboldt State but outside as well, often joining the enthusiastic pastor — a diehard University of Southern California Trojan fan — to watch sports and enjoy some laughs.

Noting that students at the state university loved Freed — who was also deeply involved in that school’s Catholic student group, the Newman Center — Cunha added: “This was not some stuffy clergyman. He was very much someone that you could sit down and speak with…

“He connected with everybody.”