Detectives said they believe the same suspect has held up three credit unions since Dec. 24. The most recent robbery was Tuesday at the University Federal Credit Union on Redwood Road in West Valley City.

The suspect is a white male with an average build and he looks to be around 30 years old. He was last seen wearing a knit hat and dark rimmed glasses.

Officers said the suspect hasn't shown a weapon or acted overly violent. They said they don't know if he's armed, but they do consider him dangerous. 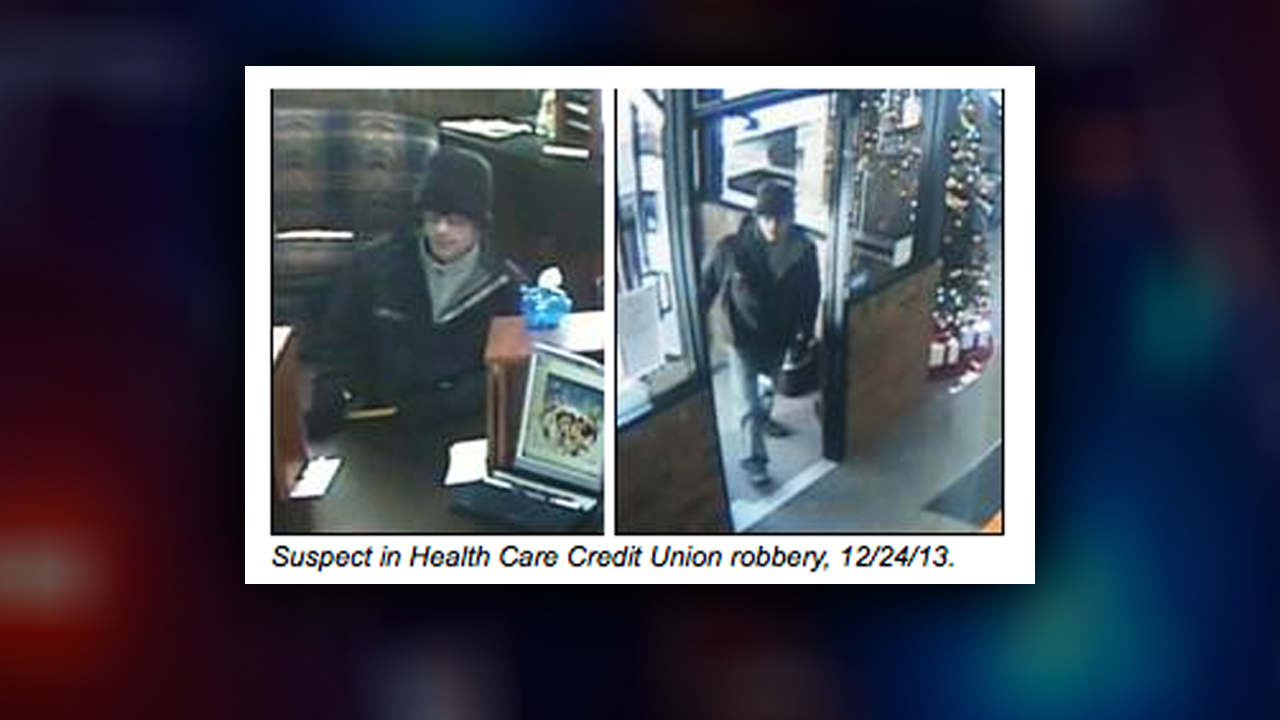