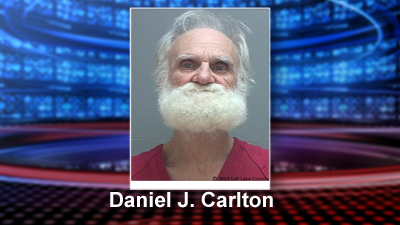 SALT LAKE CITY – An elderly man robbed a credit union Friday and allegedly told employees he had a gun and threatened to shoot them. The suspect was arrested several hours later.

The robbery occurred at 4:20 p.m. at a Trans West Credit Union located at 39 West 2100 South. The man did not brandish a weapon, and witnesses did not report seeing one. The man fled eastbound on 2100 south toward State Street with an undisclosed amount of cash.

Six hours later, police arrested Daniel Joseph Carlton, 66, who was found to be in possession of a large amount of cash along with clothes that appeared to be those worn during the robbery.