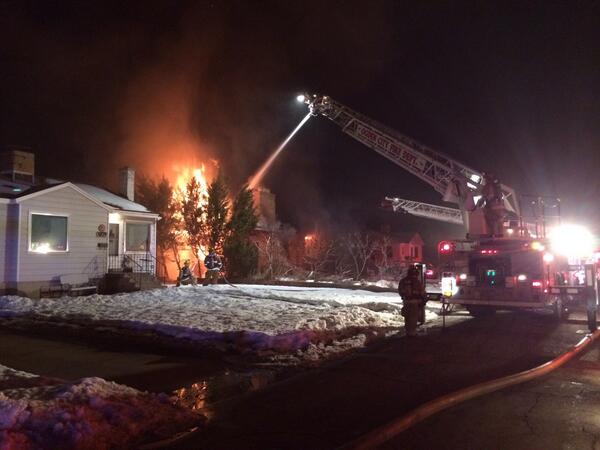 ROY CITY, Utah – Two people were taken to a hospital after a house fire Saturday, one the occupant of a home and the other the first officer to arrive at the scene.

Officials with the Roy City Police Department tweeted at about 8:40 p.m. that they were responding to a house fire, and they later tweeted that the first police officer to reach the scene entered the home through heavy smoke and flames to rescue an occupant in the home.

Bryce Weirr of the Roy City Police Department confirmed the details of the tweets to FOX 13 News and said the fire was in the area near 2025 West and 4000 South. He said there were two occupants in the home, a male and a female, and the male could not get out of the house.

Officials said ammunition being kept in the basement of the home was going off due to the fire as the officer entered the home. The cause of the fire is unknown.

The department tweeted several pictures of the fire, which can be seen above. FOX 13 News will have more information as it becomes available.