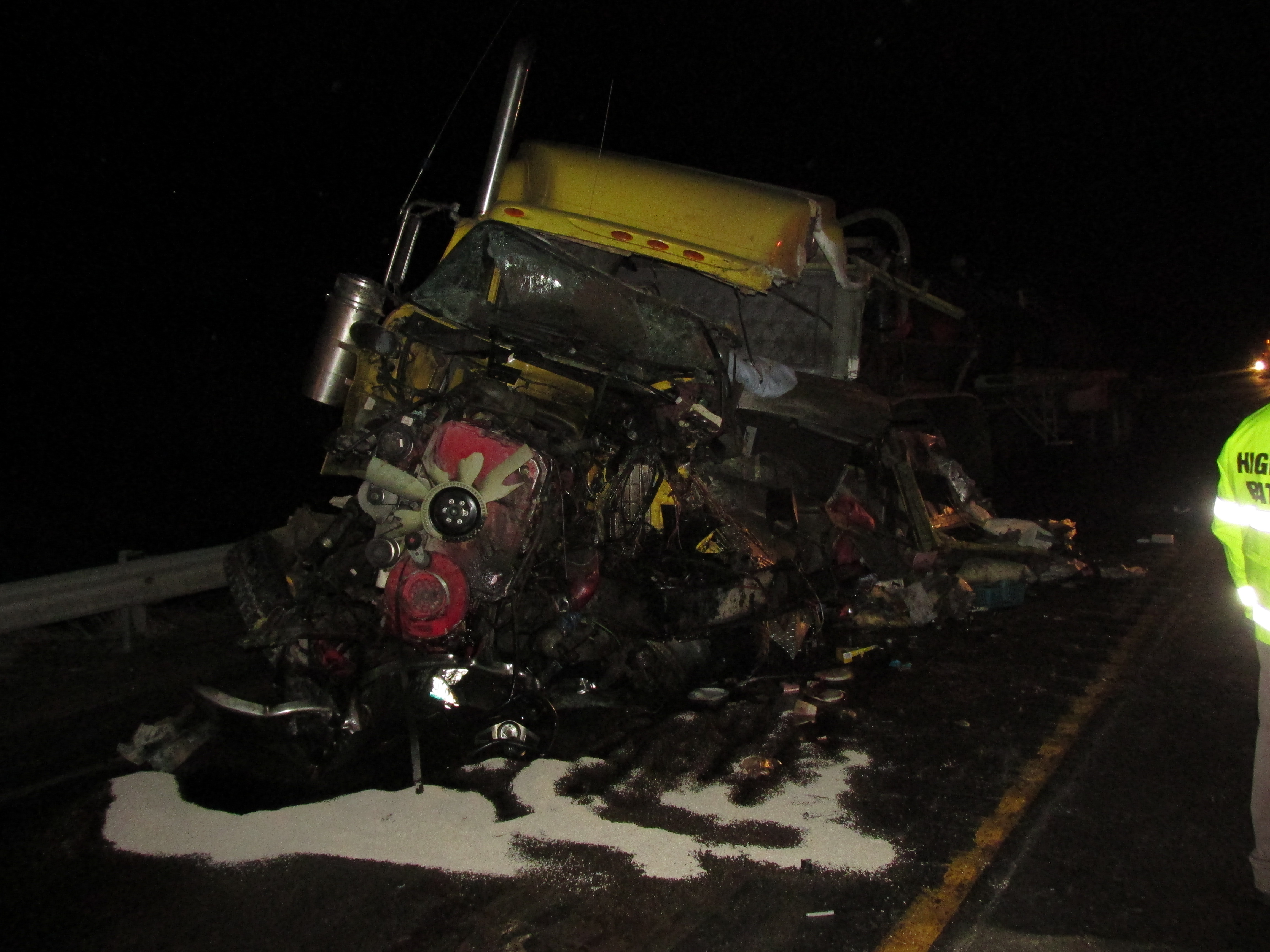 UTAH – A man who was in extremely critical condition after a head-on collision between two semitrailers on US Route 40 early Sunday morning has died.

The driver was identified Sunday evening as 54-year-old Cody Smith of Fairview.

According to information from the Utah Department of Public Safety, the accident occurred near mile marker 107 at about 4:28 a.m. when a semi pulling an empty trailer traveling eastbound veered into westbound lanes for unknown reasons.

A second semitrailer carrying an unknown liquid traveling westbound struck the driver side rear axle of the vehicle that veered into oncoming traffic.

The driver of this second semitrailer was rushed to a hospital in extremely critical condition. The man was then taken by helicopter to the University of Utah Hospital, where he later died.

The driver of the vehicle that veered was not injured.

The roads were slick and the wind was blowing, according to officials, but the cause of the accident remains under investigation.