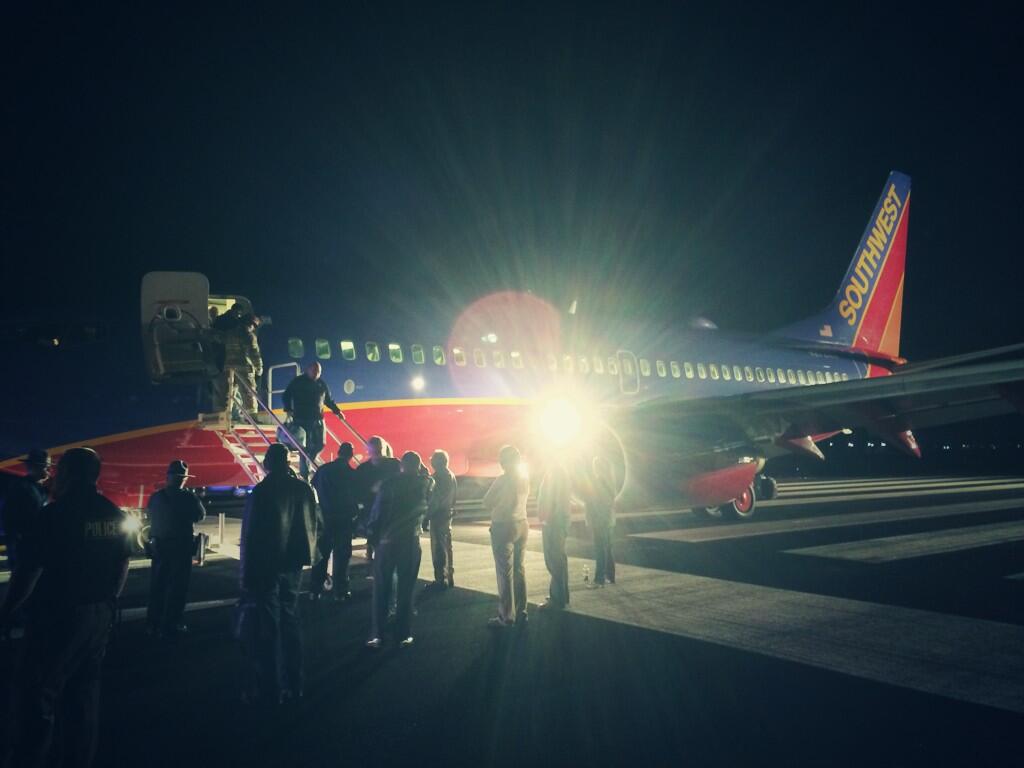 By Janet DiGiacomo and Jethro Mullen

Southwest Flight 4013 from Chicago’s Midway Airport was scheduled to land at Branson airport on Sunday evening, but it instead showed up at Taney County airport, said Brad Hawkins, a spokesman for the airline.

The two airports are about seven miles apart and serve the same area of southwest Missouri.

Hawkins said he didn’t yet have enough information to say why the plane landed at the wrong location.

The landing of the plane, a Boeing 737-700 carrying 124 passengers and five crew members, was uneventful, and everyone is safe, he said.

The Southwest Airlines website said the flight had arrived at Gate 3 of Branson airport. The plane, which departed Chicago about an hour late, arrived roughly two hours and 20 minutes behind schedule at Branson, according to the website.

Hawkins declined to say whether the flight had flown on to Branson airport from Taney County airport.

The Federal Aviation Administration said it is investigating the incident.

CNN first learned of the landing error from tweets from the region.

Twitter user @ScottDallasTX tweeted about the incident. In his tweets he said the plane had to brake hard due to a short runway.

Here’s the end of the runway that we braked hard to avoid on @SouthwestAir 4013. pic.twitter.com/c9A4oHRpps