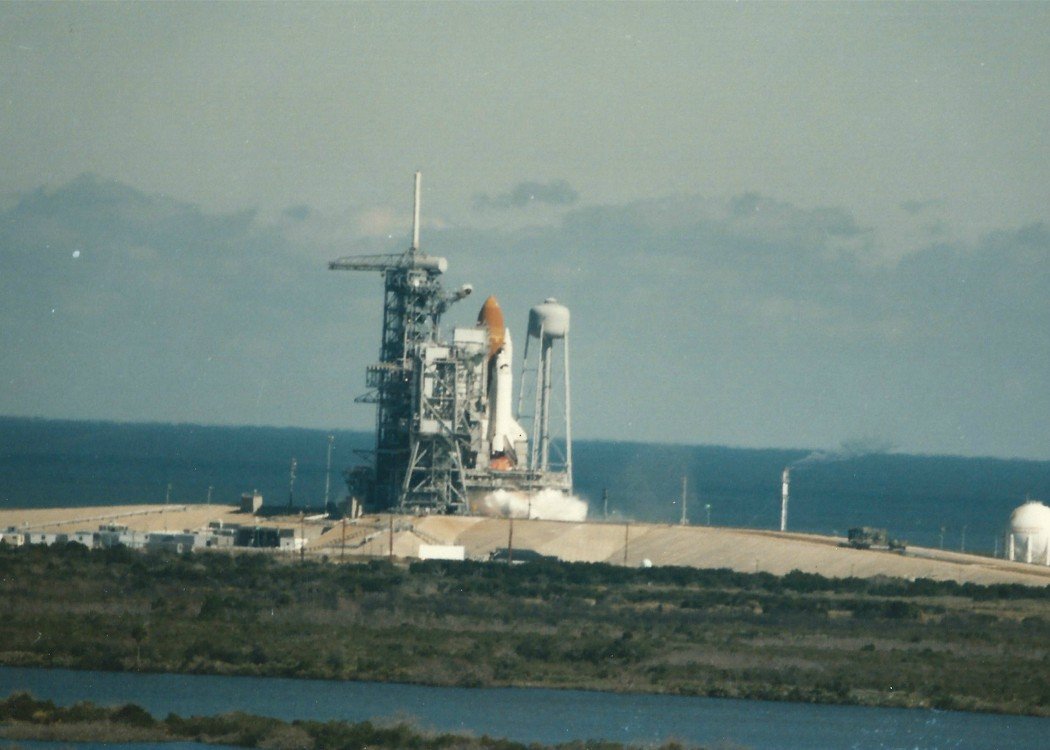 (hln) — Michael Hindes was looking through some old boxes of photographs at his grandparents’ house when he came across images of what appeared to be a normal shuttle launch. As he flipped through them, he and his family had what he called an “overwhelming moment” of realization.

They were photos of the 1986 Challenger disaster, as it happened.

Hindes’ grandfather, Bill Rendle, worked as a contractor for NASA years ago, and Hindes says Rendle got to see “just about every launch.” The images were given to Rendle by a friend who also worked for NASA. Rendle showed the pictures to others, but as time passed, they were shuffled among other photographs and forgotten.

When Hindes’ grandmother died recently in Quincy, Massachusetts, the family decided to organize photos for her memorial, and that’s when they came across the Challenger pictures. Hindes said his grandfather was overcome. “His face dropped when he saw the photos.”

In 1986, the Space Shuttle Challenger exploded upon launch, killing the seven crew members on board. Christa McAuliffe, one of the crew members, was to be the first teacher in space. The set of 26 images starts with the launch, the shuttle, the takeoff and ends with unforgettable plumes of white smoke against a blue January sky.

Hindes shared the images on Reddit, and users flocked to express their appreciation for the historical images. More than a few participants recalled memories of where they were when the tragedy occurred.

“I was in kindergarten living in Florida when Challenger went up. I was pretty young but I remember that it was a very nice day out,” said Reddit user Bonte. “The teachers took all of the kids out to the playground to watch the launch. When we saw the explosion we didn’t know what exactly we saw, it just ‘stopped’ in the sky.”

“These people were some of the best minds and bodies that we could offer to the stars, and yet they died. They rode the most sophisticated vehicles ever, and those vehicles crumbled and burned before our very eyes,” wrote user LordQuagga, adding that “no astronaut’s death has ever, or need ever be in vain. Every death has taught us something new about our technology, practices and our resolve. Every flight into space is one more to teach us about the universe; every single one matters.”

Hindes himself commented that seeing the pictures for the first time had a particular effect on him, since he also bore witness to the tragedy.

“I watched this happen live on TV in with my class in fourth grade, and anyone who knows what that was like also knows that it’s something that will stick with you forever.”