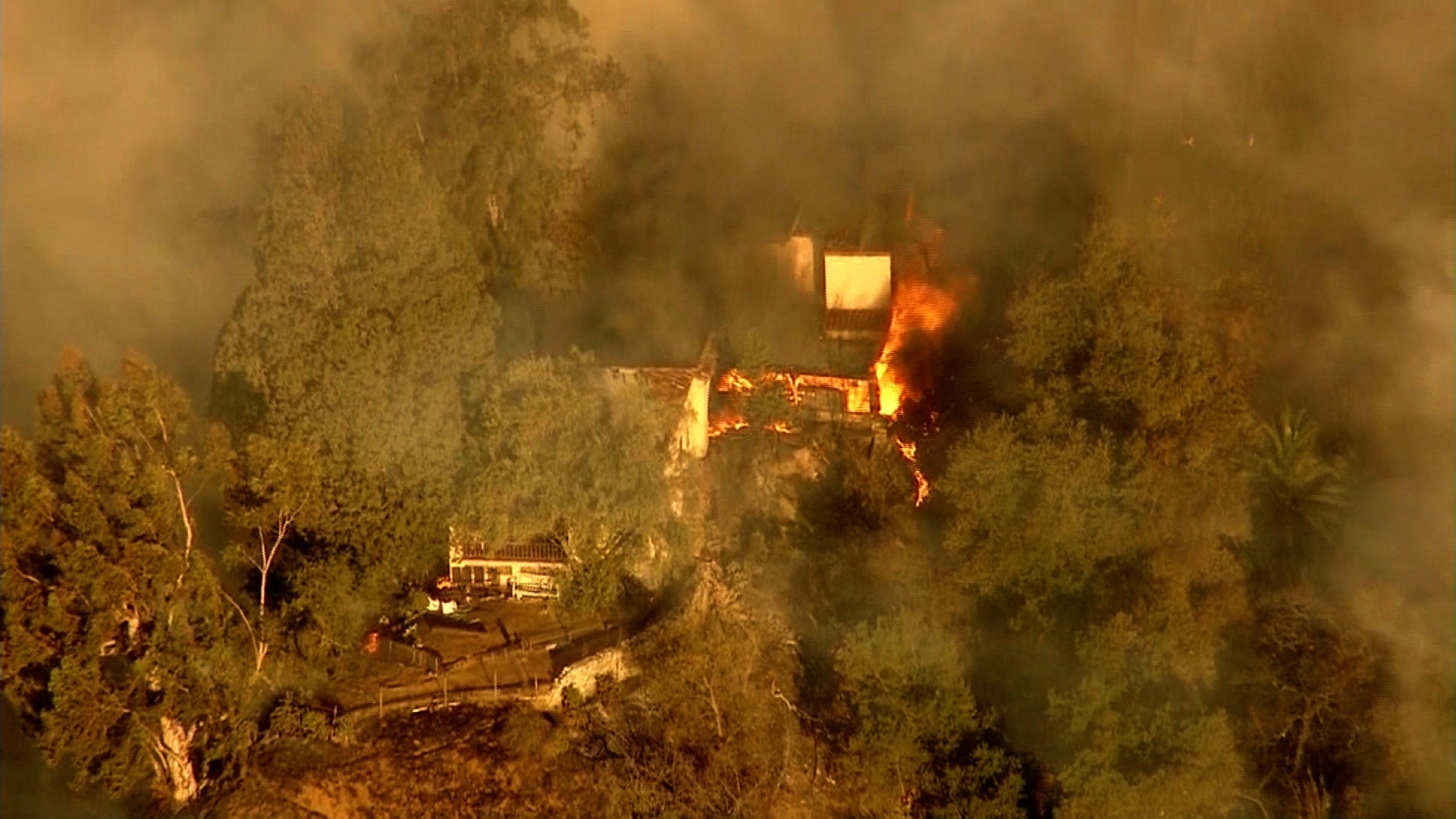 By Michael Martinez and Jason Hanna

LOS ANGELES (CNN) — A homeless man and two other men were tossing paper into a campfire when a gust of wind apparently spread embers that have since led to a 1,700-acre wildfire burning in the Los Angeles County foothills, authorities said Thursday.

The three men, all in their early 20s, were arrested on suspicion of recklessly starting a fire, said Police Chief Tim Staab of Glendora.

One man is from Glendora and another is from Irwindale, he said. Bail has been set at $20,000 for each.

“The way it’s told to us is that all three of them were together at the time, sitting around this campfire,” Staab said. “Breeze kicked up, and that’s what caused this fire.

“They told us they were camping out. There’s no evidence to indicate they were living up there,” Staab said. “It’s not a camping area, but people do camp up in the hills above Glendora.”

The arrests were made after authorities received a call that at least two people were suspiciously walking away from the fire, the chief said.

The three men arrested were identified as Jonathan Carl Jerrell, 23; Clifford Eugene Henry Jr., 22; and Steven Robert Aguirre, 21, police said. They or their attorneys couldn’t be immediately reach for comment.

The fire was burning uncontrollably early Thursday afternoon with 0% containment, the Los Angeles County Office of Emergency Management said. An undisclosed number of residences near the fire were ordered evacuated by the Sheriff’s Department.

“We predicted that this is going to be an intense fire season because this is third year of an ongoing drought,” Osby said.

Added Deputy Chief John Tripp: “If we don’t get the rains that gets us out of fire season that gets the vegetation to be less receptive to fire, we have to keep our diligence up.”

There hasn’t been a fire in Glendora’s foothills since 1968, so the area has lots of brush and other fuel for a wildfire, authorities said.

The fire started shortly before 6 a.m. PT, according to the California Department of Forestry and Fire Protection. Five hundred firefighters were battling the flames, according to John Wagner of Angeles National Forest.